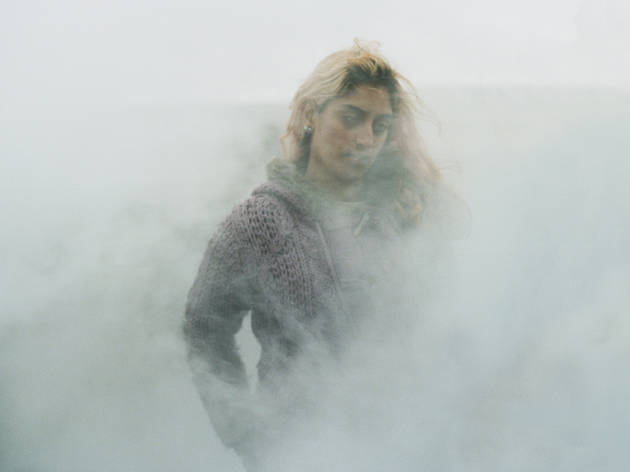 This unblinking and upsetting debut British film from brothers Daniel and Matthew Wolfe gives us a fateful day and night in the lives of two teenagers hiding in a Yorkshire caravan park. Both, we assume, are on the run from somewhere or someone. Laila (Sameena Jabeen Ahmed) is British-Asian, with dyed pink hair and a carefree reckless attitude – almost as if she's taking the long route to the gallows and knows it. Aaron (Conor McCarron) is white and Scottish, spending his afternoon with a bong while she does a shift at the local hairdresser’s. They're an innocent pair – more likeable kids having a laugh, you feel, than tragic lovers.

We quickly know they're in danger – there's an ominous early shot of a roof on fire, perhaps a hint of things to come – and soon enough we witness two car loads of white and Asian men preparing for a mission which sinisterly includes them taping plastic sheeting inside the back of a car. The British-Pakistani lads, hard and determined, include Laila's brother, while the pair of white blokes, one an ex-bouncer, the other played by Scottish actor Gary Lewis, are as unimpressed by their colleagues on the other side of the race divide as vice versa. The bouncer pisses on his hand before the two groups meet; one of his counterparts makes a joke in Urdu about the Geordie headcase Raoul Moat, for them an icon of brainless white stupidity.

What first feels like a Yorkshire spin on Bruno Dumont's drab, unadorned portraits of northern France later takes on the tones and movement of a thriller as night falls and all our characters are on the move, some hunting, others hunted. There are some clichés here of the socially aware, northern-set British film – a scraggy pony, fires in barrels, a hawk, bits of wasteland. But mostly the Wolfe brothers, working with the great Irish cinematographer Robbie Ryan ('Fish Tank', 'Philomena'), offer us a view of this pitiless story that feels fresh and immediate.

'Catch Me Daddy' feels authentic and informed, but wears its research lightly and prefers to thrust us into the atmosphere of the moment rather than offer too much background or tie things up neatly. It's light on heavy-handed issues. The use of non-actors among the professionals also gives 'Catch Me Daddy' a loose, everyday feel without awkwardness. The film gives us surprising scenes and moods all along the way. Just when you think it's going to get unbelievably grim there's humour – such as a nervy monologue from a cab driver or a near-surreal episode in a milkshake café – and the filmmakers deliver a climactic scene that gets to the heart of this violent tragedy while remaining ambiguous and unpredictable.