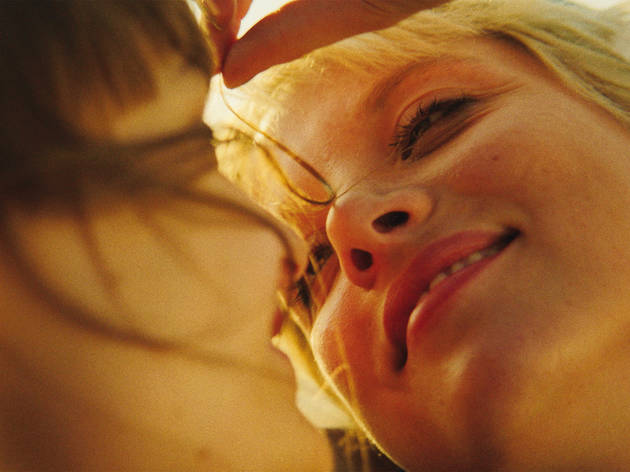 How did you spend all those interminable school summers? Hard to say, probably. Nothing really happened; nothing really could happen. Yet back then, time appeared to stretch out to infinity. It felt as if everything could change in a matter of weeks: your friends; what you were into; perhaps even your entire sense of self. It usually either totally sucked, or was totally the best time ever.

For Nora (Lena Urzendowsky, understated yet magnetic), the hot Berlin summer of 2018 sways languidly from one extreme to the other, eventually settling somewhere happy-ish between the two. She’s 14 – not a good age, we can all agree – and this is her year of self-discovery and transformation. The slow, meditative, occasionally brilliant Cocoon, the second film from German director Leonie Krippendorff, captures it all before the memories begin to fade.

With her alcoholic mum pretty much off the scene, Nora whiles away the summer months peering in her jars of caterpillars, and reluctantly tagging along to parties with her older sister. It’s awkward and intimidating. She feels very much out of place.

Then comes her first period, her first love, her first sucker-punch rejection. Romy (a charming Jella Haase), a new girl and another outsider, enters the picture, and after a few drowsy, sunny afternoon snogs, summarily leaves. And so, as in the manner of so many coming-of-age films, Nora realises romance isn’t all it’s made out to be.

But she comes out stronger. By the summer’s end, she has a firmer sense of who she is, and embraces it: she and Romy even go to Berlin Pride together. Urzendowsky’s almost wordless performance is captivating. And as Nora and Romy stare longingly at each other as lovestruck teenagers do, it’s a shame the cool, charismatic love interest doesn’t stick around long enough to be properly fleshed out.

Cocoon weaves in slightly gimmicky narrated segments: the screen cut down to iPhone dimensions, where Nora fills us in on the sweltering inner-city heat and the growth of her caterpillars. It feels a little unnecessary, and so does the non-stop butterfly symbolism. But it’s a refreshing film nonetheless. The multicultural Kreuzberg neighbourhood of Kottbusser Tor glows in the summer sun. Nora started off feeling like a ‘fish in a tank’; by September, she’s leapt out.