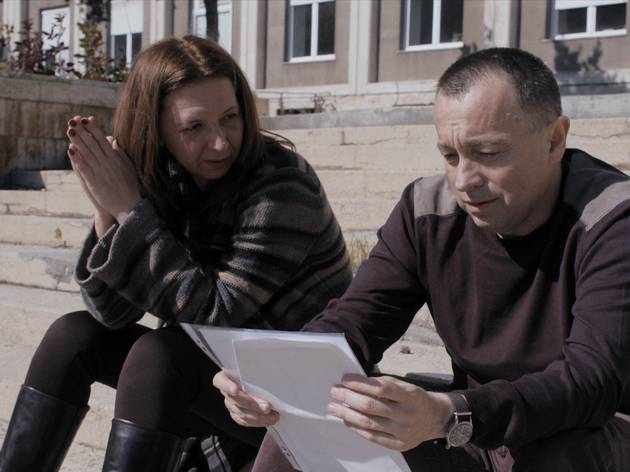 Scalpel-sharp and finely calibrated to these times of political mistrust, this gripping Romanian doc is a must-see

In October 2015, a sudden fire swept through Bucharest’s Colectiv Club. Twenty-seven clubbers died in the inferno; another 180 were injured. The tragedy was soon magnified: some of the injured, mostly young people who should have recovered, died from bacterial infections picked up in hospital. With compassion, forensic skill and quiet fury, Collective expands their story into a full-on takedown of a rotten state.

A matryoshka doll of a doc, Collective keeps finding new ways to reinvent itself and knock you for six in the process. It kicks off as an exposé of the gross medical malpractice that led to 37 further deaths, briefly morphs into a conspiracy thriller, then becomes a study of institutional corruption, then a sharply observed character study, and finally, well, just a bleak statement on how fucked everything is.

That’s not to say it’s haphazard or muddled – far from it. Director Alexander Nanau stitches his story’s interconnecting elements together so the joins aren’t noticeable, showing a journalistic instinct for a developing story that makes its narrative hairpins exhilarating to witness. Watching Catalin Tolontan, the reporter with (of all things) a sports newspaper who gets the initial scoop, grilling a weaselly health minister offers a timely reminder of what investigative journalism and a free press can achieve – and what life might be like without them.

It’s undeniably dispiriting, too. The CCTV footage of the fire itself is deeply harrowing, and Nanau gets astonishing access to scenes of horrific hospital neglect. No one is clapping for these carers.

The second half shifts focus from the journalists and onto a new, reforming health minister who tries to tackle the country’s deep-rooted problems but always looks more likely to become a victim of them. The human cost of the tragedy isn’t neglected either, in a doc that intercuts its arc with footage of a badly burnt Colectiv survivor, who channels her suffering and recovery into art and somehow harbours no anger at what happened to her.

You could be watching a whole season of The Wire, transplanted to central Europe and crammed into less than two hours. But Collective also shares DNA with the great ’70s Hollywood conspiracy thrillers: there’s gutsy heroes, small triumphs, shadowy whistleblowers and, ultimately, a sense that somehow the bad guys will get away with it. The system may be stacked against us, it’s saying, but the fight has to go on.

Director:
Alexander Nanau
You may also like
Popular movies
We know this city. Do you?