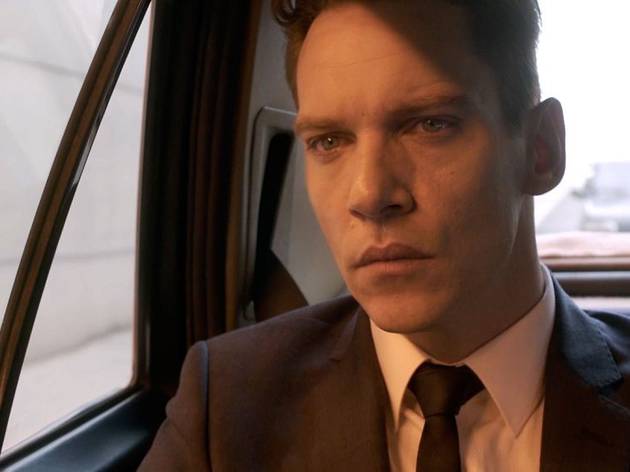 This Middle Eastern spy thriller is peppered with genre clichés and hampered by dull plotting.

There are a lot of potentially interesting movies hiding inside ‘Damascus Cover’, based on Howard Kaplan’s 1977 novel, but unfortunately, none of them comes close to fruition. Part espionage thriller, part action flick, part character study of a man consumed by the spy life, Daniel Zelik Berk’s film doesn’t deliver the compelling subterfuge, political complexities, high-octane set-pieces or human dimensions to satisfy. Instead, it’s a mechanical retread of familiar spy tropes that does little to surprise or grip.

Jonathan Rhys Meyers is undercover Israeli agent Ari Ben-Zion, who undertakes a dangerous mission in Syria, smuggling a chemical weapons scientist and his family out of Damascus. Posing as German carpet salesman Hans Hoffman, his sortie takes in Jürgen Prochnow’s former Nazi, a mysterious figure called ‘The Angel’ and USA Today photojournalist Kim (Olivia Thirlby) who reminds him of a life beyond deception. Cue double crosses, close calls and third-act reveals that shock no one. Still, the rugs are pretty.

In lieu of elegant depictions of spycraft, ‘Damascus Cover’ serves up a hodge-podge of tired espionage tics from tin-eared dialogue (‘Follow that white car!’) to clichéd Middle Eastern musical cues to the well-worn idea of an undercover agent who doesn’t know who he is anymore. When it comes to the action, there is little bravura (or budget): the shoot-outs underpowered, the fistfights sub ‘Bourne’. John Hurt, in his final role, adds an elegiac note as Ari’s Mossad boss and Thirlby does her best trying to add some fizz to the central relationship. But Rhys Meyers wanders through the action like a Hugo Boss model, impeccably suited but doing little to reveal Ari’s inner life or emotion. The end result is ‘Tinker, Tailor, Soldier, Snooze’.