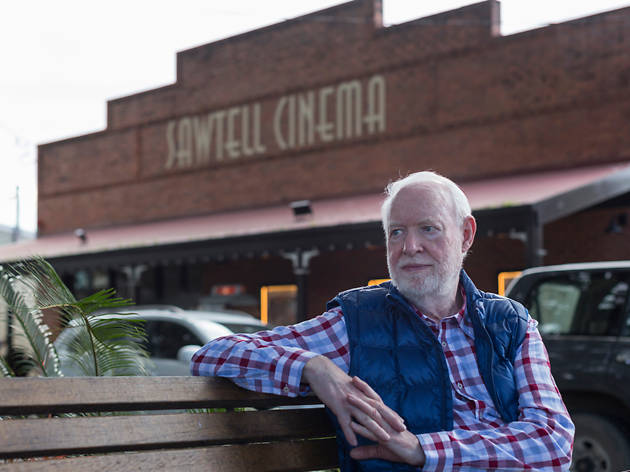 Assumptions that David Stratton comes from a family of eager film lovers are scotched early on in A Cinematic Life. Roger Stratton, his younger brother back in England, says he’d happily go to his grave without ever watching another movie. David, by contrast, has kept count of every film he has seen since he was a child, and the figure is currently over 25,000 (not counting repeat viewings).

Airing later this year on the ABC as a three-part series, A Cinematic Life – filleted down to 106 fascinating minutes for big-screen release – is a reminder of the central place the 76 year old has in Australia’s movie culture. The scion of a firm of grocers, Stratton arrived in Sydney as a Ten-Pound Pom in 1963, intending to stay for two years. He appalled his father by staying on to become the director of the Sydney Film Festival for 18 years, later a critic for Variety and The Australian, and most famously as the co-presenter of The Movie Show on SBS and Aunty’s At the Movies.

The documentary has Stratton putting an autobiographical spin on classic Australian films. As the black sheep in his family, Stratton compares himself to the heroine of Muriel’s Wedding (1994). His first impressions of the Australian outback segue into discussion of dark and dusty 1971 thriller Wake in Fright. The first Australian film he ever saw, he reveals, was wartime western The Overlanders (1946), and he digs up the review he hand-wrote at age six.

Director Sally Aitken has Stratton visiting landmarks from Australian movies including Hanging Rock, the Palace Hotel in Broken Hill, and even the airport-adjacent house from The Castle. Stratton teases out key themes of Australian cinema, for instance tracing how far we’ve come in tackling Indigenous stories from the 1955 film Jedda through to 2009’s Samson and Delilah.

Stratton’s crucial role in the pushing for a system of film classification in Australia is touched on with 1960s TV footage of him as an unrecognisably clean-shaven young man railing against film censorship. As the local film industry blossoms during the 1970s, so does his beard. Actors such as Kidman, Rush, Crowe and Sam Neill, as well as directors such as Gillian Armstrong, George Miller and Fred Schepisi ruminate on their works, and on Stratton’s nurturing influence. (Not everyone is complimentary: Romper Stomper director Geoffrey Wright is still bitter about Stratton’s famous 0-stars Movie Show review and says as much.)

Many of the juicier bits of Stratton’s life aren’t delved into here but as a potted history of Australian cinema, the film is never less than enthralling. His erudition makes you want to catch up on obscure gems as well as revisit the classics. But perhaps the best (and certainly the funniest) scenes reteam him with Margaret Pomeranz, as they recount highlights from their 28-year on-screen partnership. Their easy chemistry is a reminder of what we’ve lost.