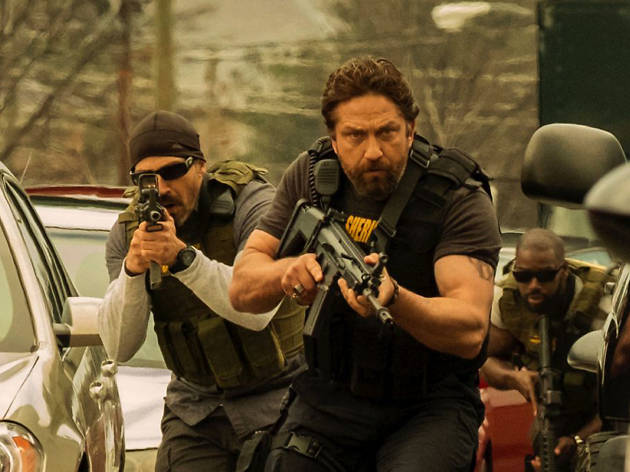 A Los Angeles heist thriller that will remind you of better movies, this is poor-man's action cinema with zero characterisation

This gritty crime drama is so indebted to the work of Michael Mann, it might as well be called Residual Heat. In 'Den of Thieves', 'Big Nick' (Gerard Butler, doing a Pacino on steroids) and Merrimen (Pablo Schreiber) are men on opposite sides of the law, each aligned with a crew of interchangeable muscle-shirt-wearing gym rats. Nick, despite being a cop, blusters about his disregard for following the rules. Merrimen is a bank robber with a moral code of not killing innocents. 'Den of Thieves' spends its overly long runtime juggling action tropes, but fails to establish a tone of its own.

After opening on the heist of an armored truck, the movie shifts into a lower gear. The initial flurry of bullets is followed by a disparate collection of talk-heavy scenes, some intense and others playful. None of it coalesces. There’s no spectrum of personalities, no specific stakes for the characters, just a lot of sleeveless, morally ambiguous men. This boys’ club of a film is so unconcerned with its female characters that they’re repeatedly treated like property, to be either pimped out or protected.

The directorial debut of 'London Has Fallen' co-screenwriter Christian Gudegast, 'Den of Thieves' steals elements from modern action thrillers – like a shoot-out in stopped traffic that resembles one in 'Sicario' – as well as structural similarities to 'The Usual Suspects'. Even the film’s funniest moment, when Merrimen and his gang intimidate a daughter’s prom date, is lifted from 'Bad Boys II'. The amalgam is engaging in stretches, particularly during the film’s tense opening and closing sequences, but overall it feels disjointed. 'Den of Thieves' aims to be a new afternoon-cable staple but feels too borrowed to command a fandom of its own.