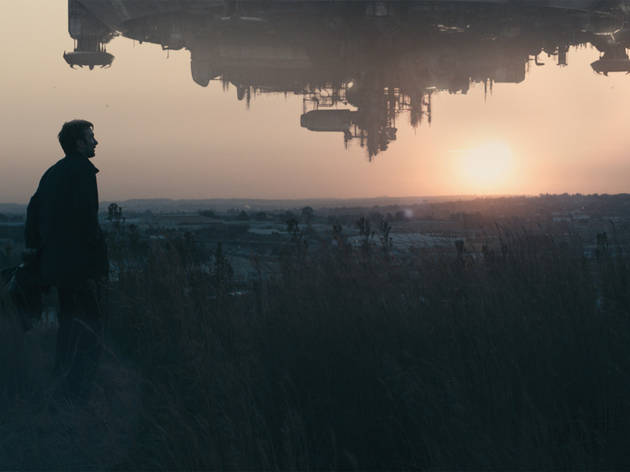 Science-fiction and politics used to be inextricably intertwined, with sci-fi shedding light on contemporary issues through the construction of fantastic, allegorical worlds. Blame George Lucas, blame the studio money men, but sci-fi has become a largely escapist genre: dime store romance for white males. Not that there’s anything wrong with escapism, as Neill Blomkamp demonstrates in the latter half of his debut feature, ‘District 9’. But he sets up his political agenda first, and the result pays dividends both as ideology and entertainment.

The place is present-day Johannesburg, a recognisably gritty, crime-filled metropolis on the brink of permanent collapse. But in Blomkamp’s South Africa there’s a new underclass: a race of immigrant aliens known as ‘prawns’, survivors of a dying planet searching for a new home. Our guide into this world is Wikus van der Merwe (Sharlto Copley), a self-satisfied middle manager for shady global corporation MNU, whose task is to contain the prawns within their hastily constructed inner city slum, District 9.

It would have been easy for Blomkamp to play the film as a straight Apartheid metaphor, a blunt but rather outdated critique of inequality. But ‘District 9’ has a more pressing and timely agenda: it’s about the legacy of that hateful regime, how its insidious influence has produced a country where the previously disenfranchised black citizenry are beginning to turn on an even more deprived social group: immigrants. And so the film becomes a portrait of cyclical segregation, with the prawns as a catch-all metaphor for displaced asylum seekers worldwide.

But ‘District 9’ is no dry socio-political treatise. The opening scenes use newsflashes, ad breaks and to-camera interviews to set up the complex backstory, but these distancing techniques fall away as our focus narrows on Wikus, who is beginning to experience grotesque bodily transformations after accidentally ingesting a mysterious alien fluid. The climactic sequences – as MNU’s hunt for the renegade Wikus causes widespread and violent disruption – eschew subtext entirely in favour of nailbiting, brain-splattering action, but it’s unlikely many viewers will begrudge Blomkamp’s decision to cut loose.

With the film’s finale – and Stateside success – leaving the stage set for a potential ‘District 10’, perhaps we’re witnessing a new dawn for politically engaged sci-fi and horror, with Blomkamp as a latter-day George Romero. Either way, this is a stunningly impressive debut.