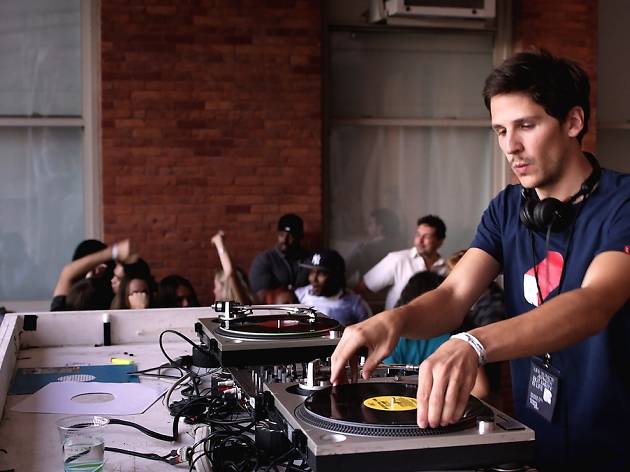 French director Mia Hansen-Løve tells intimate, moving stories close to her own experience, films big on insight and low on melodrama. In 2011’s ‘Goodbye First Love’, she riffed on her early romantic life. Now, with ‘Eden’, she draws on her older brother Sven’s career as a DJ on the 1990s Parisian house music scene. Sven, who also co-wrote the film, becomes Paul (Félix de Givry), a teenager who, early in the film, says he loves the soulful sound of US garage music because it mixes melancholia and euphoria. It’s that same mix that colours ‘Eden’: a film of thoughtful lows and spine-shivering highs.

Starting in 1992, and spanning roughly 15 years, ‘Eden’ moves to an odd beat, not repetitive, not pre-programmed – more like life than dance music. We dig deep into some years and miss others entirely. Some characters, like an American girlfriend played by the actress Greta Gerwig, come and go; some disappear for ever; others make the whole journey. We watch as Paul finds early success as a DJ and negotiates the good times and bad. ‘Eden’ takes a wistful perspective on the passage of time and its regrets, disappointments and missed opportunities. But it’s also full of joy and passion as Paul chases a dream in the company of friends who all live for the music.

The music itself is secondary – or at most equal – to the film’s rich, messy character study. But it’s still integral, and the clubbing scenes have an intoxicating, lived-in feel. House fans will enjoy appearances from Tony Humphries and Arnold Jarvis, as well as a brief scene involving the singer India performing ‘To Be in Love’. This is a slightly chaotic, rambling film, full of sideshows and byroads.

If you’re looking for solid shape and simple resolutions, ‘Eden’ doesn’t offer them. If you want a story full of warmth and small intuitive moments – and blessed with wise observations – ‘Eden’ will have you on the dancefloor till the lights come up.