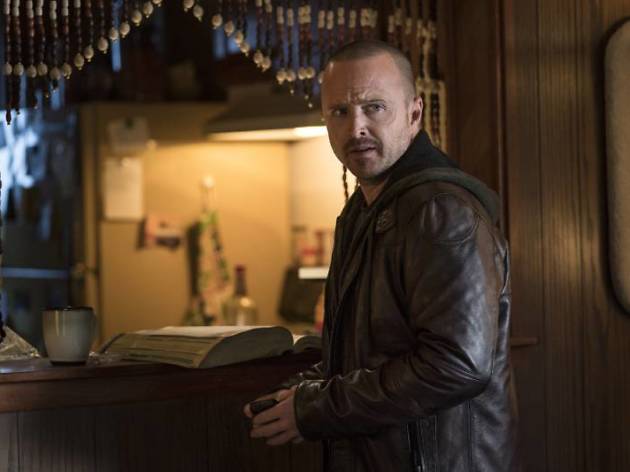 This Jessie Pinkman-centric spin-off is a fun if inert slice of fan service.

Ever wondered what the first thing Shane did after he rode over the horizon? Or how Red and Andy set to work on that Mexican beach in ‘The Shawshank Redemption’? For those who argue that a perfect ending is best left untouched, this sporadically enjoyable but inessential and often inert Netflix ‘Breaking Bad’ extension is basically exhibit A. It’s not bad, by any means – for devotees, it’s a satisfying couple of bonus hours riding shotgun with Albuquerque’s lovable answer to Job: Aaron Paul’s terminally unlucky Jesse Pinkman – but it never gets beyond being a classily-made slice of fan service.

Part of the problem is that ‘Breaking Bad’ ended so perfectly. Few shows nail the landing with such a dreamlike crescendo of pathos, sadness and violent catharsis (‘The Sopranos’ maybe; ‘Game of Thrones’, not so much). It hit notes that took 62 episodes to build up to, and that are impossible to match in a self-contained spin-off. You suspect the show’s creator – and the film’s writer-director – Vince Gilligan knows this and doesn’t bother trying. Instead, ‘El Camino’ is a mostly tension-free traipse around the show’s old haunts and a few of the surviving characters (though frustratingly, there’s no sign of Anna Gunn’s Skyler) with the runtime of a movie but the pacing of the show.

None of this will – or should – put off fans. Paul slips back into Jesse’s skate shoes like he’s never been away. He reminds us why we all fell so hard for those hangdog charms in the first place, despite all the monstrous deeds he was complicit in. Gilligan picks him up right after the ‘Breaking Bad’ finale, wheel-spinning jubilantly to freedom from the massacred neo-Nazis who’d made him their drug cook and Walter White (Bryan Cranston) dead on the ground. It toys with investigating the PTSD that came from being caged, chained, beaten, shot at, bereaved and on the run, before heading off on a flashbacked digression involving his gormless captor Todd (Jesse Plemons, hilarious) that sees ‘El Camino’ spinning its wheels before it gets moving. A later flashback briefly reintroduces Walter, though to no particular effect.

At its routine best, ‘Breaking Bad’ married real darkness with a mordant, Coenesque wit. It’s in evidence here too, albeit in smaller doses, with the perils of corpse disposal gleaning season-one-style laughs and the sporadic bursts of violence getting nicely absurdist payoffs (‘Dude, you’re on fire’, a bystander tells Jesse after a sudden gun battle). Gilligan drops in the odd showy visual grace note, including a brilliant time-lapsed overhead shot of Jesse tearing up an apartment apart in true, stash-hunting style, and the show’s trademark killer musical cues (add Dr Hook’s ‘Sharing the Night Together’ to your ‘Breaking Bad’ playlist).

‘El Camino’ may not hit the highs of the show, but it’s definitely not unpicking its legacy either. For fans, it’ll be tucked away in a Netflix crawlspace, waiting to be rediscovered.