Dementia is a cruel and relentless beast that troubles the door of far too many families. When it first sunk its icy claws into the mind of Sydney-based filmmaker Jason van Genderen’s Dutch mother Hendrika, known affectionately as Oma (grandmother), he leant on his documentary skills as a crutch. Capturing cute videos of them out and about together, he reasons that he can at least try to preserve the precious memories being silently stripped away from her. It's a response that also brought him and his young family some comfort when his late father, Oma's loving husband, was diagnosed and eventually stolen away by terminal cancer.

Bowing at the Sydney Film Festival, the heart-tugging documentary Everybody’s Oma follows this attempt at building a living, breathing time capsule. But this wasn't just a repository for the van Genderens. Jason also wanted to offer some sense of shared hope and solidarity with the many families all around the globe facing a similar situation. That’s why he began sharing some of these sweet videos of happy family moments on social media.

They exploded in popularity during lockdown. One video in particular, in which the family recreate the shelves of supermarket chain Coles on the kitchen countertop at home so Oma can cling to the comfort of routine, captured imaginations online. Messages of support flooded in from folks from all corners of the globe, along with messages thanking them for the small mercy of their own trials being seen and understood. Local news stations jumped on the emerging viral sensation, and pretty soon the story was winging its way to broadcasters all over, including popping up on Good Morning America and James Corden's late-night talk show.

Bittersweet viewing, particularly for anyone who has dealt with ailing relatives, Everybody’s Oma clearly traces inventive joy giving way to the ever-growing weight of extreme stress as things slowly but surely, and then much more quickly, worsen.

Even those touching video moments conceal a sting in the tail. When Jason hits on a fabulous way to bring Oma's beloved Sydney Aquarium to their home by projecting digital art depicting a school of swirling fish onto the blinds of windows overlooking their garden. It's magical, but when the family comes together for breakfast the next morning, Oma has no memory at all of the beautiful gesture. And when they’re subsequently invited on a private tour of the actual aquarium, things take a shocking turn for the worst.

The strain that caring for Oma places on the van Genderens becomes increasingly visible on their drawn faces. Wanting to return the favour and care for your parents in their old age as they once did for you as a young child is a noble idea on paper. But the reality of catering to often complex and rapidly deteriorating health requirements can render it swiftly impossible.

Simple moments devastate, like when van Genderen checks in on his mum via video cameras set up in her part of the home only to see her talking to the photo of her late husband. As her confusion worsens, Everybody’s Oma makes for increasingly difficult viewing. While the film could have gone a little deeper on the interesting moral debate thrown up over the ethics of documenting a life in decline, and a brief insight into just how quickly ‘fans’ on social media can take a turn for the nasty, it is perhaps fitting that the focus is kept tight on Oma.

Ultimately it's a tribute to a woman well-loved, and to the family who will never forget her, even if they slip slowly away from her mind. 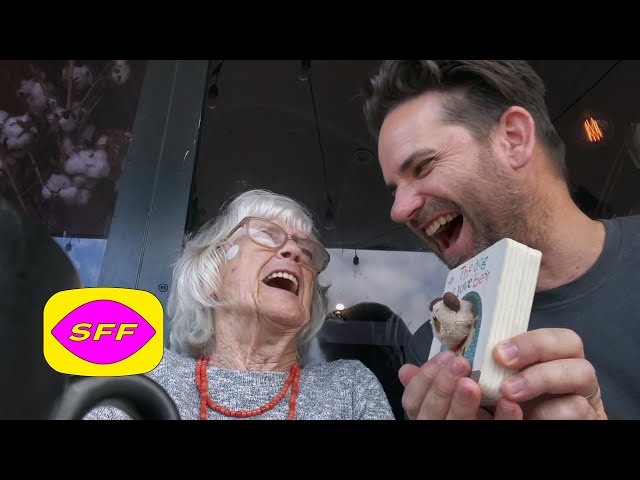