Film, Romance
Recommended
4 out of 5 stars 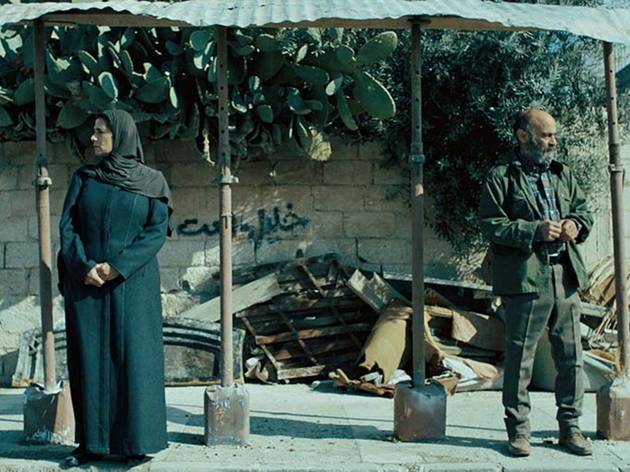 Twin brothers Arab and Tarzan Nasser’s first film, the intriguing, Gaza-set Dégradé, was almost entirely confined to a hair salon as a pitched battle erupted outside on the street, wringing great drama and more than a few unvarnished truth from the workers and customers trapped inside.

For their follow-up, Gaza Mon Amour, the pair have expanded their scope considerably. But while it roams more freely around the crumbling streets of that hotly contested, barricaded and bombarded strip, it never loses sight of its predecessor’s laser-like focus on everyday lives making do amid great political turmoil.

Our guide to this world is Issa (Salim Dau), a fisherman with an eye for eking comedy out of absurd reality. He sneaks out into the three-mile strip of sea allowed to Gaza by the Israeli occupation in the dead of night, catching what he can without a licence. There’s a careworn charm to the man as he shoos away his meddling sister (Manal Awad), insisting he will fix up his own future. That involves wooing dressmaker Siham (played by Hiam Abbass, Succession’s marvellous matriarch), who in turn, struggles with her perma-eye-rolling, seriously cool daughter Leila (Maisa Abd Elhadi), and the young woman’s desire to get the hell out.

Never taking itself too seriously, but without shying away from the more troubling facets of life in Gaza, the film offers a farcical tone, mocking martial endeavour and indulging in a fun subplot. Recalling Call Me By Your Name, a submerged statue of Greek god Apollo materialises in Issa’s nets one night. Forget talk of cultural importance and museums, however. All anyone wants to know is how much they can sell it for, give or take the muscularly marbled Adonis’s missing you know what. Issa has a fight on his hands to secure his stake. Sweet and silly, mournful and hopeful, the Nassers show there’s more to Gaza than news reports depict.