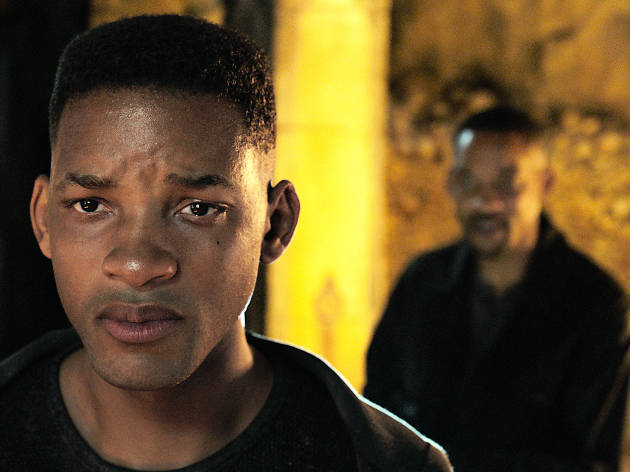 Ang Lee has never shied away from a technical challenge. He gave us a photo-realistic CGI tiger with the magical ‘Life of Pi’, one of the best movies of the recent 3D era, and experimented with ultra-high frame rate to give war drama ‘Billy Lynn’s Long Halftime Walk’ a new kind of visual immediacy. Never mind that hardly any cinemas had the capability to screen it in the format. And he’s at it again with the pioneering-but-pedestrian sci-fi thriller ‘Gemini Man’, in which the Taiwanese filmmaker has gone all-out with digital de-aging technology (and high frame rate) to convincingly pit Will Smith against, well, himself. The second Smith is 30-odd years younger, taking us way beyond ‘Pi’s’ digital big cat. If only the storytelling matched the innovation.

To be fair, pulling off complex action sequences in such unforgivingly high definition is a ballsy move – it’s much harder to hide the joins between what was captured in camera and what was added later. But as impressive as the action is – and the Smith-vs-Smith motorcycle chase in Colombia is a superb sequence worthy of peak Bond – the high-definition format just doesn’t work.

A globetrotting, espionage-flavoured action movie should feel exotic and exciting. Not like you’re watching a corporate video shot in a Travelodge. But that’s what a high frame rate does. It strips away the glamour, the reassuringly gauzy fantasy, and leaves us with sheer visual mundanity. You may as well be watching this on a motion-smoothed TV.

Of course, you can always see ‘Gemini Man’ in regular vision, which will hurt your eyes less. But as impressive as the two Will Smiths trick is, you’ll be just as aware of the movie’s hoary script and a fist-gnawingly awful turn by Clive Owen as the villain with an illogical masterplan. Worse, the film’s early action-heavy promise gives way to unbearably slushy sentimentality that’ll leave you beside yourself with annoyance.