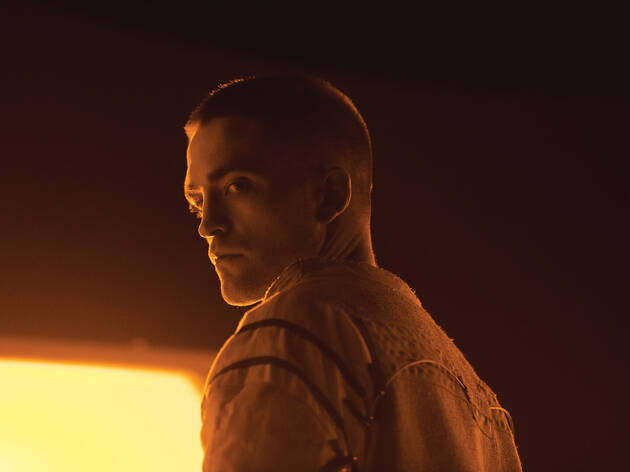 ‘Taboo,’ sings a shorn Robert Pattinson to a gurgling infant in ‘High Life’. Leave it to the gutsy French director Claire Denis (making her English-language debut) to dissect her latest movie with a single word. Taboos abound in the elusive, elliptical sci-fi film, at once a continuation of the carnal concerns of her films ‘Trouble Every Day’ and ‘Let the Sunshine In’ – and the colonial ones of ‘Beau Travail’ and ‘Chocolat’ – as well as a hyperspace voyage of remarkable alienation and grief. Viewers queuing up to see the brooding R-Pattz may leave gasping for air.

Drifting in a decrepit spaceship that resembles a boxy cargo container, Monte (Pattinson) and his young charge seem alone, but jumbled flashbacks reveal them to be survivors of an ill-fated mission: Death-row inmates, whose alleged crimes remain obscure, volunteer to investigate the Penrose process, a real-life theory concerning black holes, in exchange for vacated sentences. Meanwhile, the ‘shaman of semen’ Dr Dibs (a murkily sensual Juliette Binoche) withdraws sperm from male inmates to see if conception is possible in the irradiated outskirts of space. The crew soothes their frustrations in the Fuckbox, an oozing chamber of mechanical dildos where Binoche writhes in one memorable, flickering sequence. Monte, however, abstains from it all, and his monkish celibacy baffles his shipmates.

Sparse in dialogue, ‘High Life’ demands unrelenting restraint from Pattinson, whose Monte, an off-kilter ascetic, is fascinating. The other cons are more or less anonymous: Boyse (Mia Goth) has a past as a drug-addled drifter, while the serene Tchemy (André Benjamin) tends the ship’s lush garden of Eden and murmurs about a wife and child back home. But thwarted connection is the point in this semi-parable of incarceration, marked by daily check-ins and other indignities. Denis sidesteps the genre’s blood-curdling tensions (‘Alien’) and atmospheric grandeur (‘2001: A Space Odyssey’), instead focusing on beautifully hypnotic sequences that owe a clear debt to Andrei Tarkovsky’s dreamlike ‘Solaris’. ‘High Life’ is less concerned with the perpetual void of space than with its impact on the human body, composed of ‘star stuff’ but also spit, breast milk and blood.