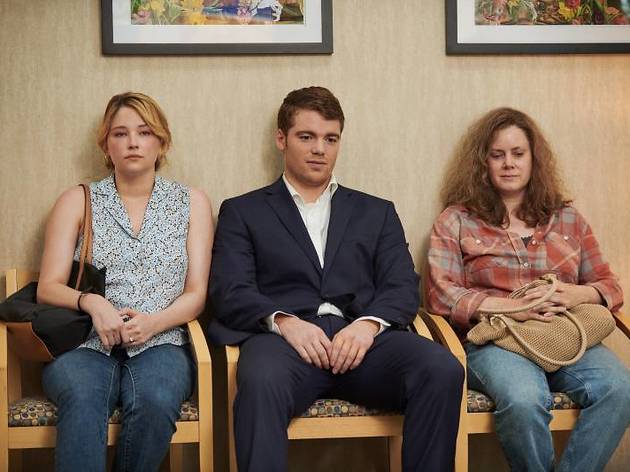 This preachy pudding of a movie is based on an up-by-the-bootstraps memoir by Ohioan JD Vance that was the talk of the literary world back in 2016. The MAGA movement was in full swing back then and everyone was looking for an explanation for Trump’s appeal. Vance’s account of alcoholism, disfranchisement, grinding rust-belt poverty and finally success as a lawyer seemed to provide it. It was not so much the Great American novel, as the Make America Great Again novel. It even had an American-dream dimension baked in, what with Vance now being a wealthy venture capitalist.

Vance is played by Gabriel Basso (The Kings of Summer) with a clenched earnestness and deference to his more storied co-stars. Amy Adams is mum, Bev, a nurse with booze and substance problems, while Glenn Close, wearing all the make-up, goes very, very big as the family’s hunched grand-matriarch Mamaw Vance. The vibe is very Deliverance Mrs Doubtfire.

Ron Howard seems an odd choice to bring Vance’s story to the screen, and sure enough he can’t seem to decide whether he’s making a hard-hitting social drama or the kind of rags-to-riches hero’s journey he’s more naturally drawn to. His hyperactive camera doesn’t help temper the sudden explosions of melodrama, constantly yee-hawing around the characters like it’s been at the local moonshine.

Howard also seems at a loss as to how to marshall the endless shouty scenes into an actual plot. Vanessa Taylor’s script lobs that tried-and-tested device, the race against the clock, at the problem, with Vance trying to keep his recently OD’d mum to stay in rehab long enough to get back to the big city for an internship interview at a swanky law firm. And if that sounds crass written down, wait until you see it on screen. (Seriously, why not just tie the poor woman down?)

Ultimately, the fact that this is Vance’s story and not his family’s bastes everything in a distancing solipsism and self-righteousness. The long-suffering son routine grates, mainly because every scene and supporting character is entirely at his service, and because Basso doesn’t begin to sell Vance as a character to root for. As his girlfriend Usha, Freida Pinto has zero agency beyond providing Vance with validation. Haley Bennett fares a little better as the left-behind sister but the film never seems all that invested in her fate.

Hillbilly Elegy may once have seemed like an Oscar-baity proposition, but it arrives feeling more like an ill-judged, mind-numbing exercise in Hollywoodsplaining heartland America. And if ever there was a time for movie stars to ugly themselves up to play impoverished Appalachians, this surely isn’t it. Compare and contrast this with The Deer Hunter, which tackled an earlier, arguably deeper American crisis and found endless pathos in the strained bonds of community. By comparison, Hillbilly Elegy is seriously weak sauce.