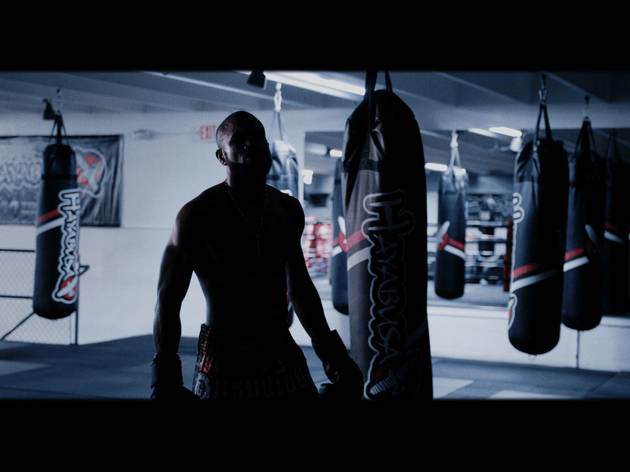 A psychological thriller that peeps inside the MMA underworld of Miami – with awkward, cliché-ridden results

In bad news for mums but good news for nose surgeons everywhere, MMA is weirdly massive right now. Up and down the USA – and increasingly, the UK too – mixed martial arts gyms are filled with young men beating each other to a pulp in cages using every leg and arm manoeuvre imaginable. Huracán, set in Miami, is a movie for that burgeoning clientele. Everyone else will leave feeling slightly bemused.

You certainly wouldn’t watch it for the plot (porous), or the acting (clumsy), or the cinematography (crude). You might, however, be drawn in by the intermittent brawling. Amateur Alonso Santos (Cassius Corrigan, also the writer-director) isn’t one to mess with. He’s out on parole for assaulting two drug dealers. He suffers from a multiple-personality disorder that manifests itself in bursts of psychotic violence. He’s also a pretty damn good fighter.

The film follows his mission to break on to the pro circuit, while attempting to reintegrate into society with the help of an unethically pally ‘prison diversion programme’ therapist (Yara Martinez). It doesn’t go well. He loses his job, gets evicted by his landlord and is implicated in a fellow fighter’s murder. All while trying to come to terms with a childhood trauma that supposedly underpins his aggressive alternate personality, Huracán.

None of the tangle of plotlines comes together satisfyingly. Perhaps inevitably, the depiction of his illness feels reductive: he’s nothing but a man battling his demons. One character even explicitly refers to Huracán as a ‘monster’ trapped inside the fighter’s body. Is this the 1970s or what?

Martinez is decent as the counsellor who coaxes out his backstory. The rest of the cast, a couple of whom are recognisable MMA pros, are unconvincing. The dialogue is stilted; the script cliché-ridden. Though they’re fun, the low-budget, slow-mo, camera-splattering fight scenes don’t quite save it. For a film packed with kicks and punches and hooks, it’s a shame Huracán doesn’t kick and punch and hook you a little harder.