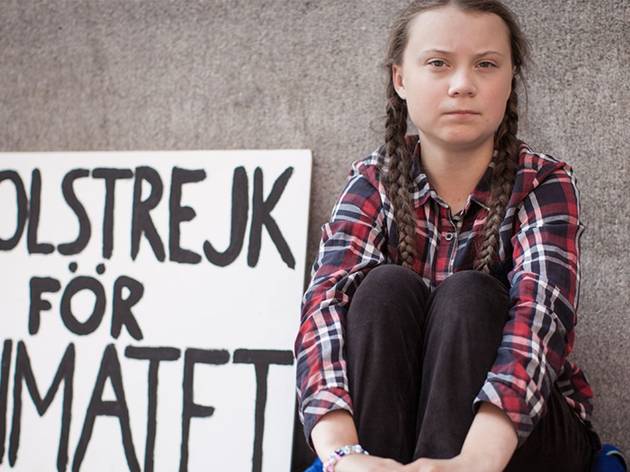 The way certain climate crisis-denying politicians and right-wing pundits carry on, you’d think Greta Thunberg was the cause of the end of days, rather than a resolute Swedish teenager trying to avert an eco-apocalypse. It’s shocking to hear one Australian broadcaster call her a ‘little turd’, as if the spectre of a grown man jubilantly bullying an autistic girl live on air is in any way acceptable.

It’s easy to see the composure with which she holds herself in press conferences, and her droll responses to aggressors online, and imagine that nothing can pierce Thunberg’s armour. But Nathan Grossman’s stirring documentary I Am Greta thoroughly disabuses us of this notion. Opening with her all alone on the tiny, icy, water-sprayed deck of the racing yacht she takes to reach the UN in New York, the weight of her burden hits home. She misses her mum, and her dogs even more. They can’t talk back on video calls.

It clearly causes her pain to leave home for significant stretches. She does so because of her firmly held belief that time is running out, making her commitment all the more commendable. Thunberg meets with a procession of famous faces, from French president Emmanuel Macron, to the Pope, to the former Speaker of the House of Commons, John Bercow. While these look great on the nightly news and help spread her important message, they deeply frustrate the young climate campaigner. She levels that she’s over their selfie opps and empty promises. ‘Adults say one thing and do completely the opposite all the time.’

Grossman manages to keep the film just the right side of sycophancy, but does leave a few questions unanswered. It would have been good to know how Thunberg’s father, Svante, is able to accompany her all over the globe. Certainly, their home suggests considerable means. Likewise, more footage of her interactions with fellow youthful activists would have been interesting. It seems she wants to share the burden, but you do get the sense she finds teamwork difficult, if not quite as tiresome as political glad-handing.

Nevertheless, this is a bracing race through all she has achieved. There’s no doubting Thunberg is an impressive force to be reckoned with, one that inspires countless peers to take up the rally cry. No wonder the old men in power are so scared.