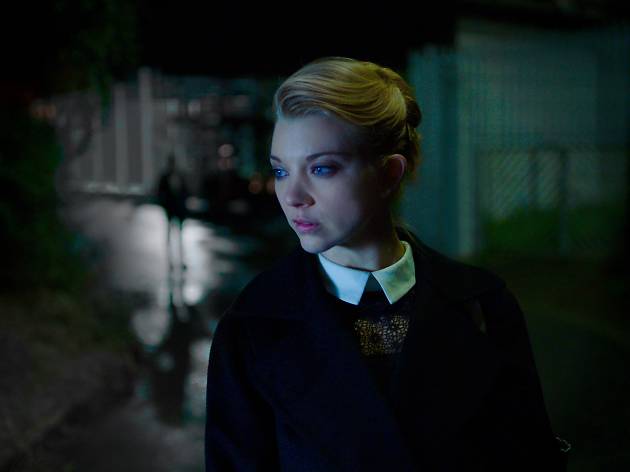 This bonkers thriller falls just short of being a guilty pleasure.

This revenge thriller, written by real-life couple Anthony Byrne and Natalie Dormer, and directed by Byrne, opens with an image of a woman being violently strangled. The camera pans back to reveal a placid studio orchestra recording a soundtrack as the violent footage rolls, with Dormer (who plays blind pianist Sofia) tinkling away at the piano unawares. You might assume that what follows is an interrogation of gendered violence. Alas, no. ‘In Darkness’ is stuffed full of shots of blue-lipped naked women on marble slabs, spurious sex scenes, and a fairly ridiculous storyline featuring a war criminal and some Russian spies.

Dormer is persuasive as a former refugee who mixes vulnerability with a furious resolve to murder Radic, the Bosnian leader who killed her family. Her character’s blindness is emphasised by canny sound design: the creak of footsteps, the roar of traffic, or the tick of her metronome become deafening. She lives in an impressively creepy Victorian block, which sets up some neat Hitchcock homages – all moody shadows, and ominous sounds trickling down from the apartment above, ‘Rear Window’ style.

Sofia’s blindness, milked for every drop of ‘He’s behind you!’ suspense, makes her ethereal, fragile and constantly in need of saving. As she gets sucked into Radic’s clutches, her adversary-turned-co-conspirator Marc (Ed Skrein) is forever using his skills with a flick knife to dispatch a steady stream of would-be rapists or generic Eastern European baddies. Attempts to explore Sofia’s trauma are limited to mawkish flashbacks, full of kids with tear-stained cheeks. Despite stretches of the film being slick and watchable, it’s hard to get invested in a film that turns its revenge-seeking hero into a doll as helpless as any of Hitchcock’s perma-terrified blondes.