In Search of Greatness 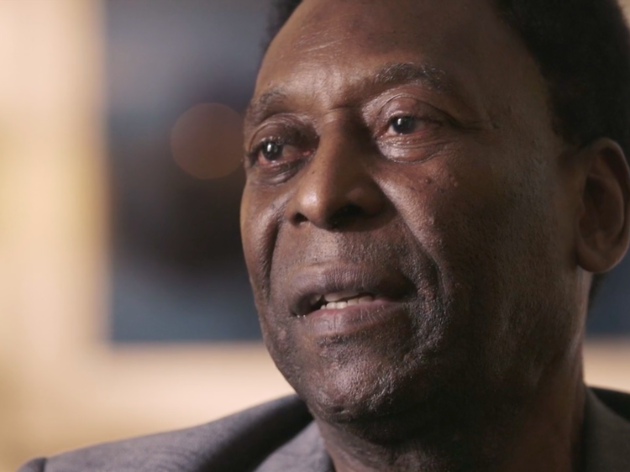 Lots of professional sportsmen are elite, but what elevates the very best into the pantheon? What makes a Lionel Messi or a Babe Ruth or a Richie McCaw or a Roger Federer? How do you get your face on a cereal box? That’s the poser provided by Gabe Polsky’s inquisitive, if slightly uninvolving look at sporting excellence.

Polsky’s three sporting interviewees are NFL hall of famer Jerry Rice, ice hockey deity Wayne Gretzky and Brazilian footballing superstar Pelé. They’re suitably big names who have each notched up successes as the highest level and the director probes them for their secrets, to find out what made them as good as they were.

For all of them, unsurprisingly, obsession features near the top of the list: Rice remembers dreaming about running on the nights before games; Gretzky could memorise every play in every game he watched; while Pelé recalls being banished from training as a kid for being too good for his peers. As sports journalist David Epstein explains, that ‘rage to master’ separates them from their peers (and in Gretzky’s case, his talented hockey-playing brothers).

But for a film that lauds maverick spirits trying something new, ‘In Search of Greatness’ offers a fairly orthodox mix of talking-head interviews and archive footage. It’s missing the mercurial spark of Polsky’s offbeat and surprising ‘Red Army’, a fascinating glimpse of the Soviet Union’s Cold War ice hockey team, or ESPN’s brilliant docuseries about the 1997 Chicago Bulls, ‘The Last Dance’.

What it lacks most of all, and those two have in abundance, is a story. ‘In Search of Greatness’ plays more like visualised TED talk, albeit one that’s blessed with the insights of some stellar interviewees – Gretzky, in particular, brings real illumination and a dry sense of humour to things – and cerebral outsiders. It’s watchable enough, but like an unspectacular baseball pitcher, it’s a curveball or two from greatness.