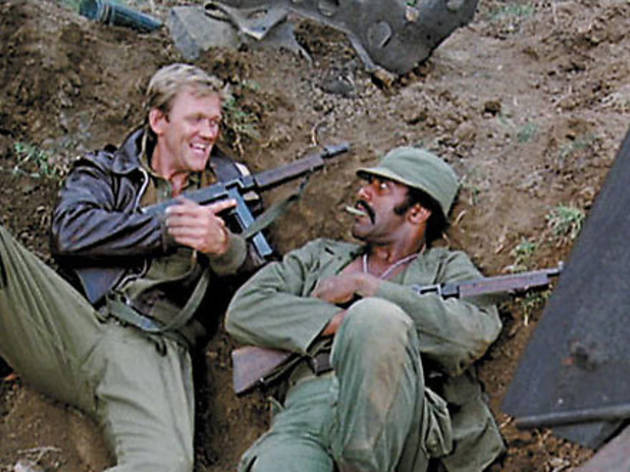 1/2
IN THE TRENCHES Svenson and Williamson bond in The Inglorious Bastards. 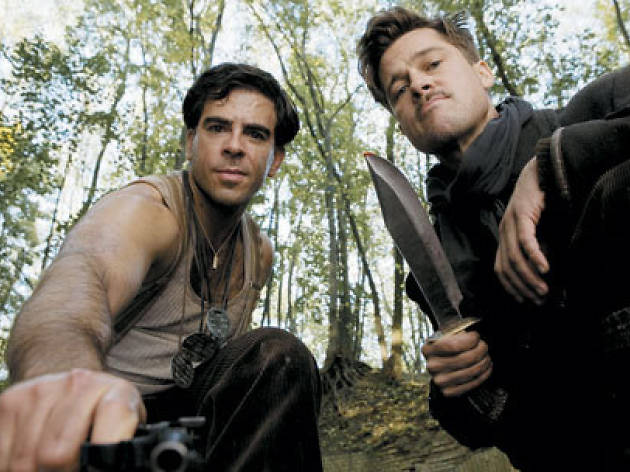 Spelling may not be Quentin Tarantino’s forte, but his grasp of language (both verbal and visual) is peerless. Yet though the writer-director was once widely imitated, he has now settled into an idiosyncratic groove that puts off more people than it attracts, and it’s doubtful Inglourious Basterds will redress the imbalance. Detractors and proponents alike will see what they want to see in this two-and-a-half-hour World War II fable, which hits all the beats of a retribution-laden genre piece without ever entirely satiating character or audience bloodlust.

Tarantino’s violence, however, has gained resonance and horror. That’s evident from the slow-burn opening sequence, in which Nazi colonel Hans Landa (Waltz) uses snake-oil floridness to make a farmer (Denis Menochet) confess that he’s hiding a Jewish family under his floorboards. Waltz has the showier role, but Tarantino makes sure to juxtapose the SS agent’s verbose charms with close-ups of Menochet’s gradually crumbling features. It’s devastating in ways that only movies allow, and also lays down the tonally twisted groundwork for the film’s apocalyptic finale, which rewrites history with ambiguous aplomb.In between are more Pabst and Piz Pal references than an UFA-loving cinephile can shake an ice pick at. Brad Pitt goes Burn After Reading broad, with Southern twang instead of frosted tips, as the leader of the eponymous American mercenaries. Meanwhile, the great Michael Fassbender plays his cultivated opposite: a British secret-service agent who knows his Riefenstahl better than his regional accents. But it’s a stand-alone moment during Basterds’ hellfire climax that lingers most in the mind. That would be the fleetingly projected face of the vengeful Shosanna Dreyfus (Laurent), floating and cackling in smoky space—an evanescent image gloating in what is revealed to be a fruitless comeuppance.—Keith Uhlich

The five moments that made Quentin Tarantino