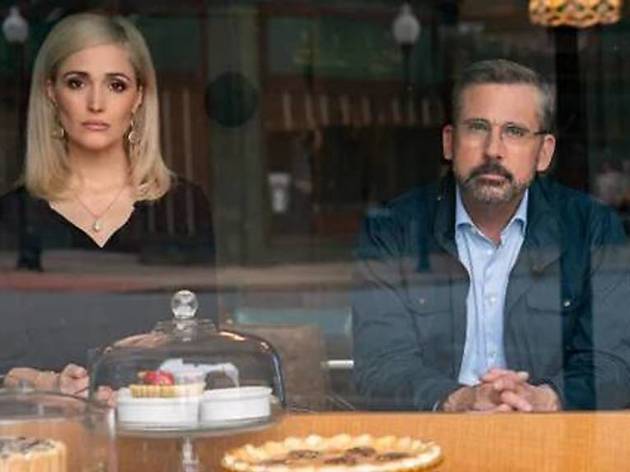 In the age of culture wars and political turmoil, Jon Stewart’s satire has a surprisingly musty vibe

As a wry observer of US politics and a liberal but independent-minded comedian-cum-pundit, few can match Jon Stewart for on-screen smarts and lacerating wit. Sadly, not much of that translates to this uninspired, directionless jab at America’s spendthrift campaigning economy which Stewart wrote and directed. Too powderpuff to be an effective political satire and too light on laughs to work as a straight comedy, it takes aim at a multitude of targets and misses nearly all of them. It’s a big old nothingburger of a movie: Wag the Dog with a muzzle on.

The premise offers an intriguing inversion of Frank Capra’s idealistic formula: only here Washington – in the shape of Steve Carell’s slick political strategist Gary Zimmer – goes to Mr Smith, rather than the other way around. The idealistic newb is Chris Cooper’s grizzled ex-marine, Jack Hastings, whose rousing and surprisingly liberal speech at a Wisconsin town hall meeting has gone viral and reached DC’s spin doctors. With the Democrats freshly trounced by Trump and looking to reclaim some of the battleground states from the Maga brigade, he’s a gift from the political gods. Can he be persuaded to run for mayor as a Dem? Zimmer jumps on a Learjet to find out.

Needless to say, none of what follows is idealistic in the Capra tradition. From the opening scenes where Carell’s political operative is breaking the fourth wall from a spin room to smirk that ‘we all lie to you’, Irresistible wears its cynicism on its sleeve. But it’s a messy, unfocused kind of cynicism as ‘DC Gary’, as Zimmer quickly becomes known to the locals, takes Hastings on a tour of a broken system that includes the New York liberal elite, campaigning malpractice and at least one necrotic billionaire donor.

Somehow, though, none of it speaks to our incendiary times. The oddly outmoded political landscape Stewart welcomes us into has a West Wing-era flavour – there’s not a whisper of culture wars and not a Maga cap in sight – and it leaves you wondering what Armando Iannucci or even David Mamet might have done with the same terrain.

Not all of the jokes fall flat, the dialogue is occasionally sharp and there are nicely judged jabs at political advertising and the deficiencies of data-driven campaigning (a group of single women identified for a reproductive rights leaflet turn out to be nuns). Best of all is the reliably brilliant Rose Byrne, whose scathing Republican strategist turns up to torment Zimmer. ‘It’s good to see you,’ she tells him. ‘You look fat.’ But even she can’t rescue an underpowered satire that feels like a waste of Stewart’s nous and perspective.