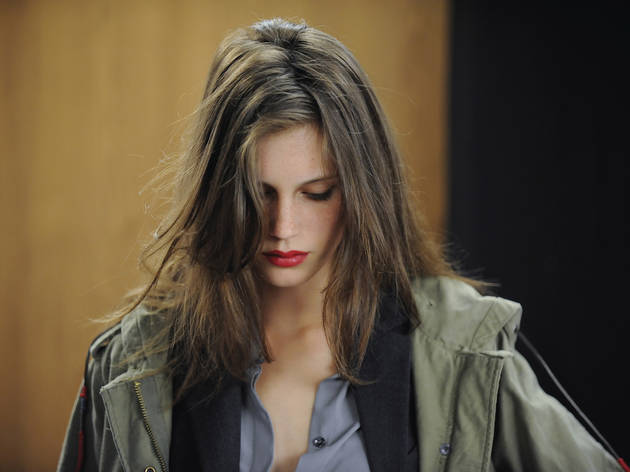 François Ozon tiptoes gracefully through a minefield in 'Young & Beautiful', the story of a 17-year-old girl, Isabelle (former model Marine Vacth), from a comfortable Parisian background, who decides to become a high-class prostitute in between school and negotiating the normal ups and downs of family life. Isabelle isn't poor; there's no obvious evidence of abuse; and any problems she has at home are common enough.

And yet, from the film's early scenes, when Isabelle discusses a holiday fling with her pre-teen brother, rejecting the intimacy of a real romance, we realise that something is seriously wrong when it comes to sex, her body and her relationships with men. It's a sit-up-and-watch premise as Isabelle launches herself into a series of paid-for encounters in hotel rooms with much older men – but one that Ozon only scratches at the surface of, taking an approach that flits between soft and severe.

It's to Ozon's credit that he never serves up easy answers, and even after ample scenes of sex and showdowns with those closest to Isabelle, and even a scene with a psychologist, we're none the wiser as to what's driving her. Such openness is welcome, and it puts great emphasis on Vacth's performance – and on the film as a character study – as we strain to read her behaviour, her few words, even the look in her eyes. It's goes without saying that Vacth's embrace of the frank and frequent sex scenes is bold and brave. But she offers more than this. There's a steeliness in her eyes, tempered by vulnerability, that's deeply saddening. She's hard and experienced beyond her years; but she's also lost and deeply unhappy. A scene late at night with her stepfather (Frédéric Pierrot) is uncomfortable and upsetting as she brings home the superficial charm she uses to win over clients. Her testy relationship with her understanding, if distracted, mother (Géraldine Pailhas) is skillfully drawn and quietly unknowable.

But this welcome openness is contradicted by other decisions that Ozon makes. The film's four-season structure – we move from summer to spring – is suffocating and squeezes complex ideas into an over-simple framework. The songs that mark the change of seasons are trite and obvious ('The little girl you knew is no more,' offers one, bluntly), and other attempts to counter Isabelle's opacity, such as her classmates reciting the French poet Rimbaud, feel similarly forced.

Pleasingly, Ozon upends a late episode with a new boyfriend in which it feels like matters are being wrapped up far too cleanly and neatly. But then, an even later appearance in a small role by Charlotte Rampling as the wife of one of Isabelle's clients is simply strange and impossible to believe. At a fatal juncture, it distracts attention from the film's important questions and from Vacth's noble attempts to address them with a subtlety and a confidence that marks the arrival of a genuine new star.