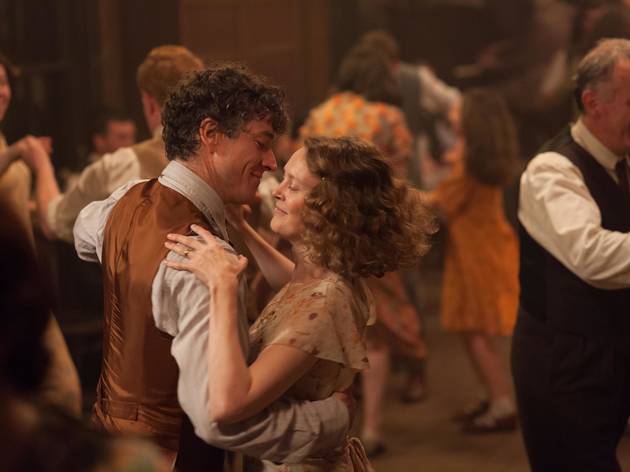 Ireland has been on Ken Loach’s mind before, first with the 1990 Belfast thriller ‘Hidden Agenda’ and then his 2006 Irish War of Independence drama ‘The Wind that Shakes the Barley’. Now, with the rousing, quietly angry and slyly romantic ‘Jimmy’s Hall’ (rumoured to be the 77-year-old’s last feature film), Loach returns, to unearth the true story of 1930s folk hero James Gralton. If you’ve never heard of Gralton, don’t worry, few have: he was a community leader unpopular with landowners and the church in 1920s and ’30s County Leitrim. Mixing politics and education with fun, Gralton opened a village dancehall-cum-study centre where locals could educate themselves and kick their heels back. Eventually the government booted him out of the country.

Here, as in ‘The Wind that Shakes the Barley’, Loach is concerned with the failure of Irish society to reject conservative forces at the point of independence from British rule in the 1920s. He gives us a tragicomic period tale that highlights the absurdities of state and religious repression. It’s also a celebration of people coming together, talking and having fun in the name of a higher cause. The sense of history is vivid but unfussy, and Loach has some fun poking at the bloated pomposity of the Catholic Church.

We meet Gralton (Barry Ward) as he returns home after several years in exile in New York. His dancehall and Gralton himself have fallen into legend, but he’d rather work the land and look after his elderly mum. In flashbacks we see how this corrugated iron out-building provoked the authorities ten years earlier. Back then, people were drunk on independence; now they’re living with the hangover. In reality, what’s changed? ‘Our opposition is still the same, the masters and the pastors,’ says one woman. The villagers, including Gralton’s ex Oonagh (Simone Kirby), now married with kids, soon win him round. The hall reopens, filled with traditional Irish folk and new music Jimmy has brought back from New York. The local priest is furious, raging against ‘rhythms from darkest Africa’ (while secretly listening to them on a gramophone at home).

Is it too much of a stretch to think of Gralton as a version of Loach himself: who in films over five decades has stuck two fingers up at the establishment, asking hard questions about the world while entertaining? Politics and entertainment are never an easy mix, and ‘Jimmy’s Hall’ is a familiar, slightly unsurprising coming together of the two from Loach and his writer Paul Laverty. Sometimes you can see the joins, but there’s also great warmth, charm and humour among the ideas, and the sense of time and place is especially strong. ‘Jimmy’s Hall’ doesn’t quite reach the heights of Loach’s strongest recent films, such as ‘Looking for Eric’ or ‘The Wind the Shakes the Barley’. But it’s an unusual story, vividly and intelligently told, and one that leaves you with a stirring sense of joy, injustice and hope. He’ll be missed.