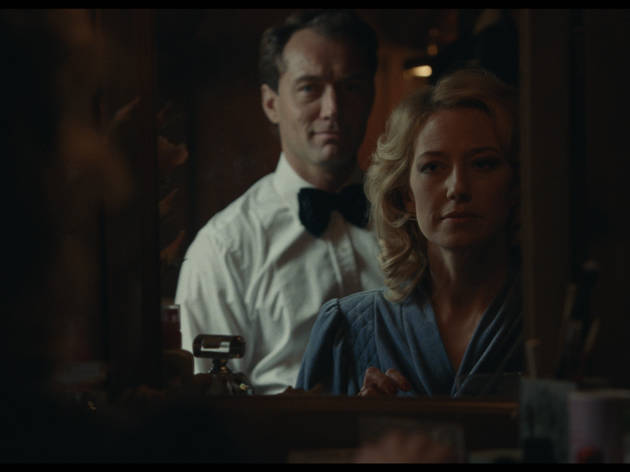 Suburban dysfunction abounds in this underpowered by elegant indie drama

The weight of expectations looms heavy over ‘The Nest’: from the pressure to provide for your family, as Rory (Jude Law) strives to do by moving them to London, or the pressure to follow up a stunning debut, which Sean Durkin attempts here nine years after ‘Martha Marcy May Marlene’. Durkin’s first film mesmerised the Sundance Festival audience; now he returns with an ominous tale of Gordon Gekko-style greed wrapped in a slow-burn domestic drama. While Durkin’s composition is immaculate, ‘The Nest’ sometimes feels overwrought given the intimacy of the material. The lush interiors and elaborate costumes choke some of the life from this suburban tragedy.

Set in the 1980s, ‘The Nest’ follows the O’Hara family, as expat Rory pushes his American wife Allison (Carrie Coon) and two children to abandon their comfortable lives in the hope of gaining a more lavish one in London. They rent a mansion so big they can’t afford to furnish it, as Rory chases bigger, ever-elusive scores at work. The simmering resentments come to a full boil as Allison finds herself in an empty house with unpaid phone bills and unsettled children. The central performances work, with Coon revealing her character’s growing exasperation with a wavering voice and icy stares, and Law masking Rory’s deep insecurities with cheesy smiles and boisterous banter. The pair are fiery when pitted against one another but find themselves stifled by a script that often reverts to disappointingly trite marital conflicts.

As he proved with ‘Martha Marcy May Marlene’, Durkin is a master of tone, and ‘The Nest’ is another finely calibrated mood piece. As the tension rises, the O’Hara estate begins to resemble a haunted house and the score by Arcade Fire’s Richard Reed Perry is full of hints of foreboding. The result is a kind of low-heart-rate thriller that threatens a catastrophe that never quite materialises. It’s a shame, then, that the ending of ‘The Nest’ lacks the complexity present elsewhere in the film. Durkin crafts an elegant picture of dysfunction, but this family’s punches don’t quite land.