Keep the Lights On 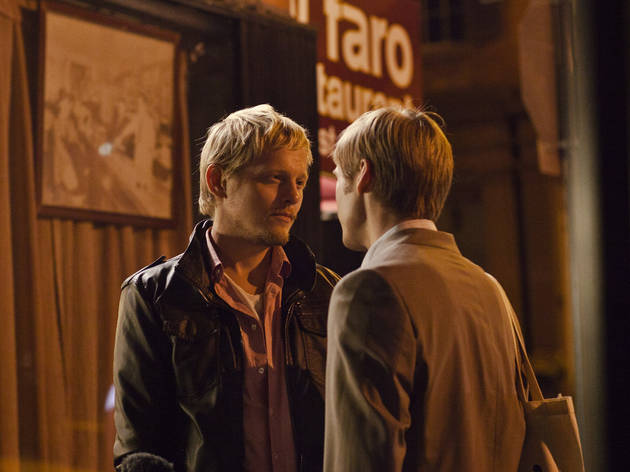 Enveloped in the grainy intimacy of Super-16mm (and a cooing cello soundtrack drawn from the work of the late NYC giant Arthur Russell), this magnificently sad new movie feels very much like a throwback to the rougher glory days of indie cinema. It begins in premillennial Manhattan—1998, to be specific—when a decadelong gay relationship starts, and the period detail is so peg on, you could easily think you’d stumbled upon a lost, Haynesian classic of New Queer Cinema. For all intents and purposes, that’s exactly what Keep the Lights On is: the fulfillment of an uncompromised vision. Maybe it’s a bit late, but someone had to make this dream of a movie, one that charts with uncommon depth the highs, lows and middles shared by naive doc-maker Erik (Thure Lindhardt) and his troubled, crack-addicted lover and heartbreaker, Paul (Zachary Booth).

Writer-director Ira Sachs has plumbed his own long-term connection with literary agent Bill Clegg (memoirist of Portrait of an Addict as a Young Man), but smart choices ring throughout the melding of real and fiction. With his wonderfully open expressions and a soft Danish accent, Lindhardt is especially vulnerable; Sachs’s casting of a foreigner as his surrogate adds a subtle dimension of stranger-in-a-strange-land empathy. Meanwhile, even though the film’s hot spikes are definitely memorable (forlorn Erik holding Paul’s hand as the latter writhes in a hotel-room union with a rent-boy), it’s hard to recall a film so attentive to the uncertain moments in all relationships: the teary Christmas toasts, the slow slide away from patience and tenderness. Already working at an accomplished level, Sachs has taken a quantum leap forward; he’s even found a way to a happy ending, though not the one you’re expecting. This is a drama about finding one’s self-worth; you simply have to see it.