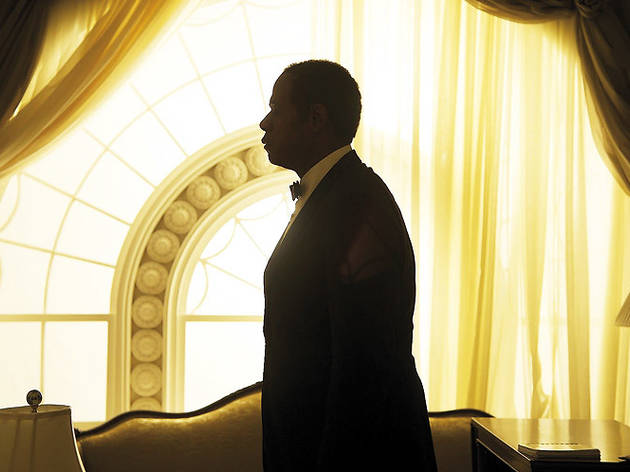 This is sort of the story of Eugene Allen, an African-American who was a butler at the White House from 1952 to 1986. (His tenure, during which he served presidents from Harry Truman to Ronald Reagan, was chronicled in a 2008 Washington Post article.) In Lee Daniels’ The Butler—the awkward title isn’t a John Carpenter–esque possessive but a legal requirement after a copyright claim—Allen’s fictionalized surrogate is Cecil Gaines (Forest Whitaker), who leaves his tragedy-laden Southern life behind to start anew in our nation’s capital. Much to the delight of his wife, Gloria (Oprah Winfrey), and the chagrin of his burgeoning-activist son, Louis (David Oyelowo), Cecil’s attentiveness to the needs of the civic elite earns him a job at the presidential manse. It’s there that he spends several epochal decades, observing as people of power deal with questions of war abroad and civil rights at home.

Viewers familiar with Daniels’s idiosyncratically vulgar work might be disappointed that there’s little here that compares to Nicole Kidman loosing a yellow stream on Zac Efron’s jellyfish stings in The Paperboy (2012). But look beyond The Butler’s dewy-eyed, seemingly Wikipedia-sourced trappings (as in the HBO movies Recount and Game Change, screenwriter Danny Strong treats history like the ultimate “then this happened!” checklist) and you’ll see Daniels hasn’t gone Oscar-bait-crazy.

At its most daring, the film acts as a subtly incendiary corrective to Hollywood’s subservient treatment of blacks, staging scenes that you’d expect to see in any number of end-of-year historical biopics complete with a celebrity who’s who—Robin Williams! John Cusack! Alan Rickman!—as the leaders of the free world, except the focus is almost entirely on Cecil. (Whitaker truly makes the most of what could have been a one-note role, conveying every one of his character’s complicated emotions, even when attempting, by orders, to go entirely unnoticed.) This dismantling of a story from within manages to be both enthrallingly meta and movingly sincere. It’s of much more interest than the approximately equal number of sequences, most of them having to do with Louis’s activities on the Martin Luther King and Black Panther–led front lines, where Daniels succumbs to narrative expectations in the pursuit of an alterna-world Forrest Gump to call his own.