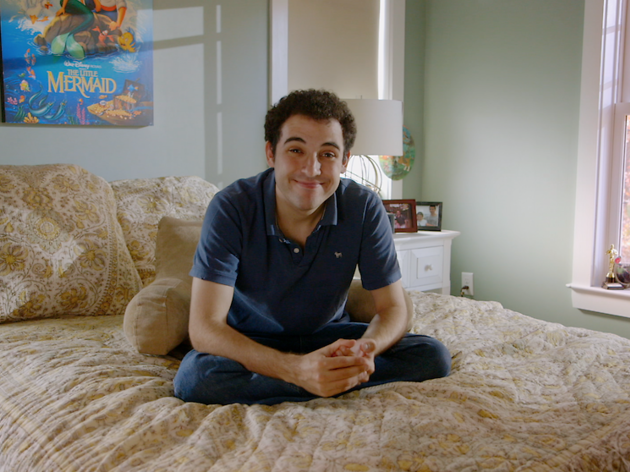 At age seven, Owen Suskind was essentially non-verbal – living with such crippling autism that he could only express himself in squeaks and babbling. Then salvation arrived from an unlikely source: Disney cartoons.

Owen’s all-encompassing Disney obsession gave him a framework not just for understanding the world but for communicating with his own family. This sweet, sympathetic documentary – based in part on a book by Owen’s dad, Ron Suskind, a Pulitzer Prize-winning journalist – follows Owen, now 23, as he prepares to graduate from high school and move out of the family home. He’s heading off, like Simba and Dumbo, to find his own place in the world.

Director Roger Ross Williams is granted unrestricted access to Owen and his family (Ron, his wife Cornelia and their older son Walt) and his unflinching interviews with all four of them form the heart of the film. There are also, as the title implies, a handful of animated sequences, inspired by Owen’s own stories set in the imaginary Land of Lost Sidekicks where the supporting characters from Disney movies live in fear of the evil Lord Fuzzbutch – and only Owen can save them.

The film’s depiction of autism is honest and unsentimental (though you do wonder about the kids who don’t have the family and financial support Owen’s been blessed with). But where ‘Life, Animated’ gets really fascinating is in exploring Owen’s bone-deep connection with the cartoons. This is fandom taken to an extreme, but it’s still reflective of the way many of us form attachments to created worlds: Owen’s sense of comfort, of wanting to exist inside a fake universe, is highly relatable in this escapist age. Williams celebrates the unpredictable impact of fiction and fantasy; you simply never know what’s going to change someone’s life. But he also takes a few affectionate potshots at the limitations of Disney’s world: how, for instance, is Owen ever going to learn about sex?

Like those Disney cartoons, ‘Life, Animated’ can be manipulative: an effort to bolt on an upbeat sports-movie ending at a French autism conference feels forced. But overall this is a terrifically watchable, heartfelt documentary and a valuable glimpse into a singular life.