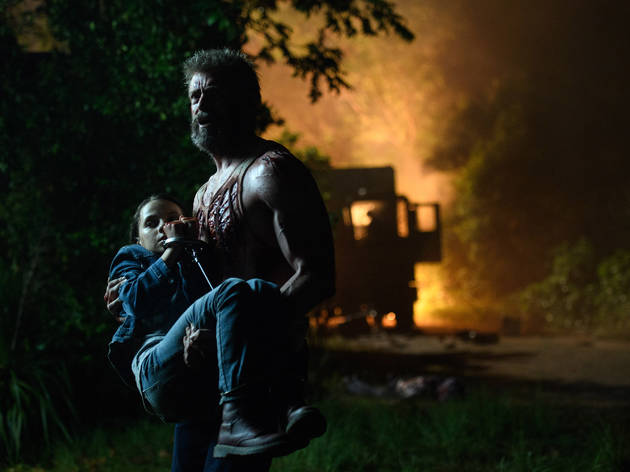 In what may be his final film as Wolverine, Hugh Jackman takes it deeper and darker in an appropriately apocalyptic superhero movie

America lies on the brink of ruin in this bleak and bruising comic-book road movie. It’s 2029 and Logan aka James Howlett aka The Wolverine (Hugh Jackman) is working as a limo driver in El Paso, Texas, occasionally hopping over the Mexican border to deliver much-needed pharmaceuticals to his Alzheimer's-stricken former mentor Charles Xavier (Patrick Stewart). The mutant race has been all but wiped out thanks to a combination of shady government interference and Charles's own inability to control his powers. But when Logan is tasked with looking after Laura (Dafne Keen), the first mutant child born in decades, he's forced to make a decision: keep running, or gear up for one final stand.

Jackman has repeatedly suggested that 'Logan' will mark his farewell to a character he's been tied to for 17 years and seven films. If so, it's a fitting swansong: in stark contrast to most Marvel movies, particularly last year's peppy but pointless 'X-Men: Apocalypse', this feels more like a wake than a party. The colours are muted, all rust-red and glowering grey, and the themes are weighty: loss, ageing and deep, almost unbearable regret. We're never given a full picture of how the world got so messed up, just glimpses of institutional brutality and corporate power, of ordinary people ground under the heel of an increasingly uncaring system. Given that the film went into production well before the earth-shaking events of November 2016, it all feels frighteningly prescient.

It's also, with the arguable exception of 'Watchmen', the most unremittingly violent superhero movie to date: throats are torn out, skulls shattered and limbs sliced as Logan and Laura cut a bloody course through the American heartland, on the trail of a mutant sanctuary that may not even exist. Jackman is all growl and gristle, the character's lovable grouchiness turned to outright rage. But Stewart is the film's faltering heart, as a man reeling from the destruction of everything he worked a lifetime to build.

The beat-em-up finale is frustratingly illogical, offering nothing we haven't already seen. The script can be heavy-handed, too, cementing its neo-western credentials by incorporating Alan Ladd's iconic farewell speech from the 1950s western 'Shane', twice. But overall, 'Logan' is something rather special: a moving and mournful story of life at the end of the line, and the perfect blockbuster for these embittered times.

Director:
James Mangold
Cast:
Hugh Jackman
Patrick Stewart
Dafne Keen
You may also like
Popular movies
We know this city. Do you?