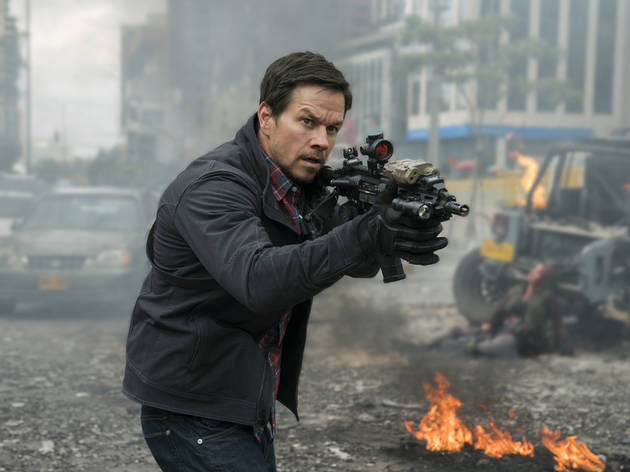 Regardless of the mileage, you won’t want to join Mark Wahlberg on this obnoxious, hyperviolent trip.

For rousing celebrations of can-do heroism, you can do much worse than ‘Lone Survivor’ and ‘Deepwater Horizon’, director Peter Berg and actor Mark Wahlberg’s previous two collaborations. But there’s absolutely no one and nothing to root for in their latest team-up, ‘Mile 22’. The film also wastes the considerable charisma and abilities of Indonesian action star Iko Uwais, of Gareth Evans’s infinitely superior ‘The Raid’ and its sequel.

Uwais plays Li Noor, an officer in a fictional Southeast Asian country who turns on his corrupt government and holds the key to stopping a nuclear attack that threatens to be ‘like Hiroshima and Nagasaki combined’. He won’t share the intel until he’s brought to an extraction point; tasked with getting him there is a paramilitary squad led by Wahlberg’s James Silva, a walking attitude problem with a gargantuan chip on his shoulder.

After an opening act of setup and exposition that consists largely of people swearing at each other, Silva and Co. fight a series of attackers trying to take Li Noor out. (They also fight a losing battle against the hyperactive editing and camerawork.) Others on the team are played by ‘The Walking Dead’s Lauren Cohan and MMA veteran Ronda Rousey (who inexplicably isn’t given any hand-to-hand combat scenes); their overseer is John Malkovich, who at one point is actually made to tell ‘Stop monologuing, you bipolar fuck.’

Apparently, Silva was originally a secondary antagonistic character (a little like Wahlberg's foul-mouthed cop in ‘The Departed’) until Berg and his star decided to make him the lead, which explains a lot – except why they thought this hateful jerk would work as the story’s hero. Under the circumstances, the more compelling, level-headed Li Noor should have been the protagonist; instead, he spends most of his screen time being dragged from one set piece to another. The two times Uwais is allowed to bust out his fighting moves, the scenes are Cuisinarted into incomprehensible shreds, and the point becomes not the precision and virtuosity of his skills, but the broken bones and spurting gore that end each mano-a-mano. That’s symptomatic of ‘Mile 22’ as a whole, which confuses hostility for characterization, and cheap nihilism for dramatic depth.