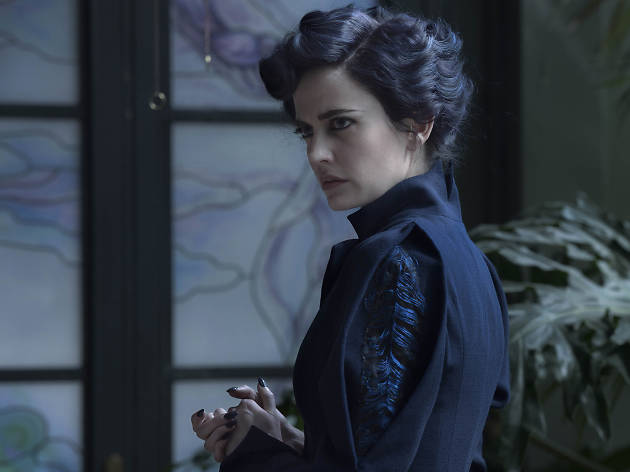 Tim Burton's latest spooky fairytale has way too much going on

Director Tim Burton likes his films busy: watch a classic like 'Beetlejuice' or 'Batman', and you'll be pushed to find a single frame that isn't packed with background detail, weird creatures, ornate furnishings and intricate costumes. The problem with his new film, 'Miss Peregrine's Home for Peculiar Children'', is that the script is every bit as busy ­ and it can get pretty confusing.

When Florida teenager Jake (Asa Butterfield) finds his grandpa Abe (Terence Stamp) eyeless and murdered in the woods, he sets off with his Dad (Chris O'Dowd) to seek answers at the mysterious Welsh orphanage where Abe spent his childhood. The building was bombed in 1943, but thanks to a kindly Ymbryne (don't ask) called Miss Peregrine (Eva Green) it still exists within a time-loop as a sanctuary for a gaggle of supernatural kids including weightless Emma (Ella Purnell) and foul-tempered Scottish resurrectionist Enoch (Finlay MacMillan). But life at the home isn't as peaceful as it seems. Dark forces are circling, led by psychotic eye-gobbler Mr Barron (Samuel L Jackson). And then the invisible monsters turn up...

Based on a popular young adult novel (isn't everything these days?), 'Miss Peregrine' is so reliant on backstory that the characters spend significant portions of it just telling each other what's going on. Not that it helps: with numerous time-jumps, face-swapping villains and increasingly complicated rules, the second half is David Lynch-like in its labyrinthine impenetrability.

Which is a shame, because on the rare occasions that it shuts up and gets on with it, 'Miss Peregrine' manages a few pleasingly old-school Burton flourishes: a floating girl; a sunken ghost ship; a Ray Harryhausen-style stop-motion skeleton fight. The characters are too numerous to make much impression -­ Green is brittle bordering on irritating as Peregrine, and all O'Dowd gets to do is stomp about and scowl ­- and the action scenes are over too quickly. The effect is like four or five Harry Potter books squeezed into a single movie: it makes precious little sense.