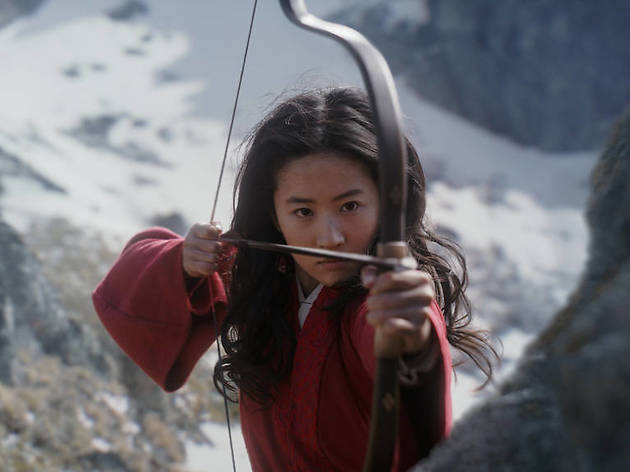 Faced with the near impossible task of ​reinventing Mulan in a way that appeals equally to Chinese and Western audiences, Whale Rider’s Niki Caro keeps things​ dead​ straight with this earnest​, culturally respectful and song-free ​action-adventure. Disney draws from the same well as for its 1998 animation​ – some of the shots are reprised almost exactly as a treat for eagle-eyed fans and wannabe cinematographers, though on nothing like the scale of The Lion King redux –​ but with​ a​ ​slightly stodgier outcome. It’s a solid enough widescreen ​epic​, but heavier on its feet and ​​less inspired than you’d ​hope for from a film rumoured to have cost north of $200 million​. (Although it wouldn't be the first Hollywood blockbuster you could level that accusation at.)

​In many ways, it’s a major shame that Mulan has gone straight to Disney+, because its biggest draw cards are ​its panoramic landscapes and ​beefy battle scenes that deserve to be soaked up on the biggest possible screen. Through them journeys ​Hua ​Mulan (Chinese star Yifei Liu), a ​young Chinese woman blessed with ch’i, a universal power ​that ties her more closely to Star Wars’s Rey than any Disney princess. She can fight. She can leap. She can do a supercool thing with sticks.

This being medieval China, her dad (Tzi Ma) and mum (Rosalind Chao) want her to hide these skills and settle down in an arranged marriage. Mulan’s idea of ‘bringing honour to the family’ is a bit more modern​, though. When ​the Emperor (Jet Li)​ ​demands the first-born of every family joins the army to repel a particularly nasty horde of Rouran​ nomads, she steps in, posing as a man to fool her drill instructor (Donnie Yen) and new comrades. Combat awaits.

As usual, the villains get the best lines. ​Miami Vice’s ​Gong Li plays a shape-shifting sorceress who can morph into an eagle, turn into bats and whose sleeves are lethal weapons. Her motivations are hazy but it’s a formidable skill set and at times Mulan seems torn as to whether to fight her, win her over or call Rentokill. The big evil, vengeful Rouran warrior Bori Khan, meanwhile, is a more two-dimensional adversary who glowers with all the intensity Jason Scott Lee can muster.

Fans of the original Mulan will bemoan the lack of songs and absence of Mushu, the sidekick dragon voiced by Eddie Murphy in the animated version. Here, he’s replaced by a phoenix voiced by, well... nobody. Talking animals and slapstick silliness are very much out and stiff-lipped themes of family, duty and honour are in. The result is a straight-faced affair that reconnects with the ultimate source material – folklore poem The Ballad of Mulan – and delivers on big spectacle, but lacks poetry of its own.