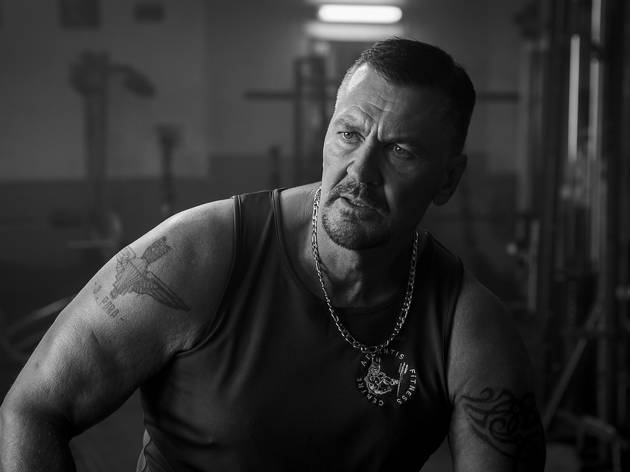 Not going to the gym much? Good call, judging by this intense study of toxic masculinity

The main reason I don’t go to the gym is that I’d have no idea what to do with any of the outsize instruments of torture you generally find there. It would be carnage. At best, I’d be laughed straight out the door. At worst, I’d slip up on my pulldowns and, tragically for my family and anyone who has to clear up the mess, definitely die. That’s why I stick to history books and baking.

You fear for Simon (Cavan Clerkin, on very relatable form as a meek everyman) when he enters the crazed fray of Atlantis, his dingy local gym. He befriends Terry (a typically boisterous and charismatic Craig Fairbrass), who bullies him into letting him be his personal trainer. Bad move. Whenever anything goes wrong in Simon’s life, Terry reels him in with his horrifying banter and enviable henchness. Girlfriend left you? I’ll keep you company, buddy. Lost your telesales job? Work for me, mate.

But Terry is a stalker – and an ex-con. So now Simon has to host hellish drug-fuelled sex parties, hang out with Newcastle’s dodgiest lowlifes, and partake in Terry’s transnational criminal schemes. All because he tried to lift – once. Terrible luck.

The soundtrack is subtly gorgeous: it’s a rare outing for The The, art rock’s most ungoogleable band (Johnson’s brother is frontman, Matt). The monochrome cinematography by Stuart Bentley is slick, and particularly strong outdoors. This chunk of suburban Newcastle doesn’t exactly look like a fun place to be. The bodybuilding scenes are also impressively bleak. Clanking machines take up the whole screen. Right away, this place is claustrophobic. It’s terrifying. And if you fall in with Terry types, it could get you killed. The takeaway? Obviously, never go to the gym.

In UK cinemas and on VOD Dec 4.