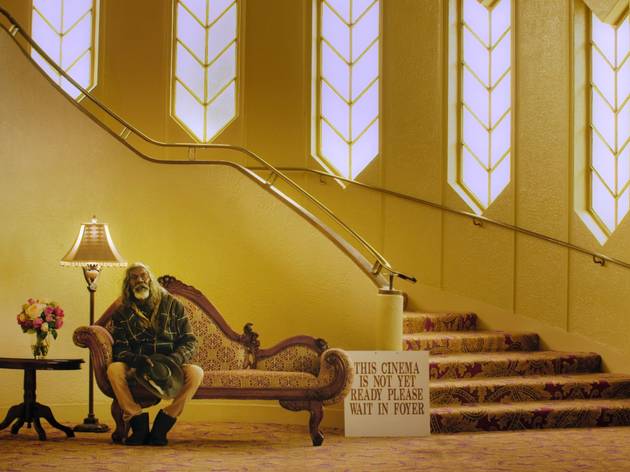 Yolŋu man David Gulpilil is a remarkable presence in the canon of Australian cinema, a luminous figure who has lit up silver screens all over the world thanks to his indefatigable charisma. First stepping into the global consciousness in 1971, his lithe movements and camera-ready good looks captured the attention of British director Nicolas Roeg, securing an unforgettable spot in Australian New Wave classic Walkabout.

He’s been gifting us gold ever since, appearing in roughly one film a year for the last half a century. Seriously, it’s an embarrassment of riches, from international box office smashes like Crocodile Dundee and Australia, to childhood favourite Storm Boy (both versions), to arthouse gems like Rabbit-Proof Fence, Ten Canoes and Goldstone. We’ve been so lucky to have him, and he’s always played a huge part in shaping each role, bringing a big bit of his soul. Which is why it was such a huge blow when it was announced, in 2017, that he had been diagnosed with lung cancer and was given roughly six months to live. This being Gulpilil, the rules were there for the breaking. Thankfully he’s still with us, but it's likely documentary My Name is Gulpilil is his last film.

Esteemed filmmaker Molly Reynolds – who worked with him on similarly powerful Australian doco Another Country – understands innately that his gift for the gab is best left unfettered. He narrates his own life's story here. There are no talking heads stealing the limelight with their ebullient praise. An intimate journey though his career and  his personal life, into his dreams and fears, it's astoundingly generous. Breathtaking shots of the man at large in the majesty of his Country are folded in with film clips and an archival recording of his rascally one-man theatre show. The majesty is married with the mundane. We also see him struggle to change his clothes, relying increasingly on the aid of live-in assistance.

A glowing testament to a life well lived, he's not perfect by any stretch, but who of us is? Gulpilil has faced down his demons, and hung with proud Black heroes like Muhammad Ali and Bob Marley. Hell, he’s even sat down to lunch with the very Queen who heads up the Empire that wrought such unimaginable violence on these lands. His history holds multitudes. And yet it's the film's simple opening moments that linger longest.

Gulpilil pads along a dusty old road, following in the footsteps of an emu. When he stops, turns around, and slowly walks away, that emu turns, following him. And haven’t we all been doing that for 50 years?

My Name is Gulpilil is in Australian cinemas now.