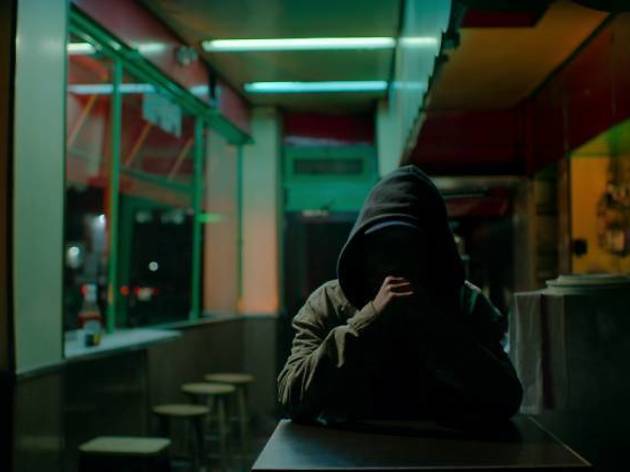 The horrors of 7/7 have pulled focus from them, but the 1999 bombings on the gay, Caribbean and Bangladeshi communities in Soho, Brixton and Brick Lane, respectively, were a deeply scary moment in London’s cultural life – a jolt to the city’s psyche that’s maybe gone untreated. At the time, the IRA threat had seemingly gone and Islamist terrorism wasn't yet fully on the city’s radar. So who could be behind these three separate nail bombings, on successive weekends, targeting the city’s minority communities? And would your next quiet pint or trip to the market end in disaster?

That mystery is long since solved: the perpetrator, a homophobic white supremacist called David Copeland, is now serving a 50-year sentence. But this propulsive, edgy and forensic reassembly of key players in the story shines an enthralling light on the moment. It’ll induce a shudder from anyone who remembers it or who has lived through similar horrors in their city.

Despite the title, Nail Bomber: Manhunt isn’t your average sensationalist true-crime exposé. Sure, there are chunks that feel a bit ‘CSI: Old Compton Street’, especially when an undercover cop who infiltrated the neo-Nazi movement at the time offers incognito recollections in a darkened café. That setup would be corny were his testimony not quite so horrifying. It’s hard to hear it without noting how much more mainstream British nationalism has become in 20-odd years.

There’s also plenty of insights into the limitations of early, blurry CCTV technology (‘we’re looking for a man made entirely of pixels’ etc). But more than any of that, it’s a film about how Londoners responded to this trauma: in fear, defiance, anger and solidarity, and the way some old wounds were deepened – particularly between the police and the Black community –  while others were healed.

And this being London, there are surreal laughs too. ‘No one believes this story,’ remembers a Brixton market trader of the day of the bombing, ‘but a crackhead took the bomb out of the bag and nicked the bag.’

At a seriously economical 72 minutes, director Daniel Vernon crams in a lot, leapfrogging between the tawdry racist subcultures that spat out men like Copeland and London’s bubbly, multicultural communities that they hated so much. The courage and tenacity of anti-fascist campaigners like Searchlight get their due, too.

Crucially, Vernon strikes the right balance between revisiting the bombing’s dust-caked aftershocks (archive footage is used, but not overused) and contemporary reflections, as survivors, forensic experts, surgeons, the police and other key players revisit the events. The streets may have healed but some Londoners still live with their scars on a daily basis. And this doc is sensitive enough not to drown out that message in blaring sirens and dawn raids.

Director:
Daniel Vernon
You may also like
Popular movies
We know this city. Do you?