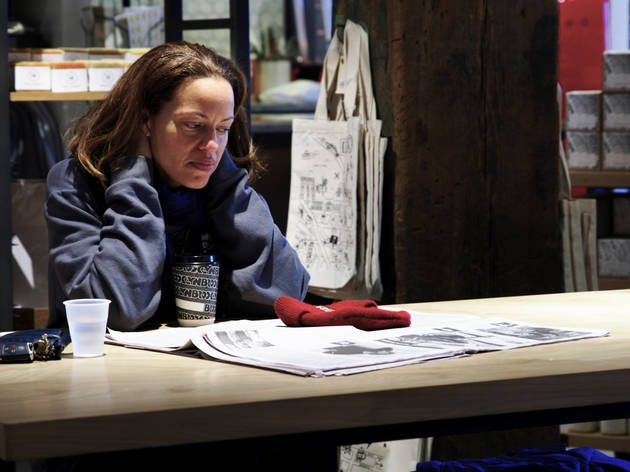 This compelling story of sexual assault and powerful men violently abusing their positions is a reminder than the #MeToo movement didn’t begin – or end – with Harvey Weinstein. Here, it’s hip hop mogul and entrepreneur Russell Simmons in the figurative dock as six Black women who have accused him of sexual harrassment, assault and rape, deliver testimonies that reach beyond merely damning him in absentia to offer moving, vital tales of survivorhood.

The documentary’s key witness is A&R exec and one-time Simmons protégé Drew Dixon. In the ’90s, she was a star in the making at his Def Jam label, pairing Method Man and Mary J Blige for their Grammy-winning duet I’ll Be There for You/You’re All I Need to Get By and making significant allies in the business. ‘Biggie [Smalls] had my back,’ she recalls. Her boss didn’t, though. She remembers Simmons’s almost routine sexual harassment and alleges that, in 1995, it escalated into rape when he lured her to back to his apartment on the pretext of listening to a new demo tape. What followed, she remembers starkly, turned her life into a ‘living crime scene’ that took more than two decades to recover from.

Forensic in picking apart a toxic work culture, On the Record is particularly strong on the way women are forced to improvise ways to navigate harassment without jeopardising their careers – or worse, to just accept it as par for the course. ‘I thought [Simmons] was this tragic ADD puppy dog that I just had to keep retraining’, remembers Dixon. ‘I thought it was part of the culture’. She even recounts similar harassment at the hands of her next boss, record label head Antonio ‘LA’ Reid. It must have seemed less like bad luck than a sign of an epidemic.

Filmmakers Kirby Dick and Amy Ziering tackled sexual abuse on college campuses in 2015’s The Hunting Ground and here they ably deconstruct the shattering impact of sexual assault on psyches, careers and even families through a mosaic of interviews. Writer Sil Lai Abrams and movie producer Jenny Lumet share familiar horrors at the hands of Simmons, while a number of African-American academics, authors and music industry professionals help put the story into a wider context.

Rap music is neither spared nor blamed for the music industry’s culture of misogyny – On the Record is quick to remind us that The Beatles’ Run for Your Life long predated anything 2 Live Crew came up with – and there’s trenchant insights into the huge pressure these women felt to avoid knocking a beloved African-American figure like Simmons off their perch, regardless of his deeds.

The story is a complex and potentially ongoing one – Simmons has since moved to Bali, which has no extradition treaty with the US, while Reid has offered an apology of sorts – but its takeaways are much easier to parse: women like Dixon must be believed, empowered and supported. On the Record isn’t an easy watch but it’s an important one.

Available to stream in the UK now and on HBO Max in the US.