People Just Do Nothing: Big in Japan 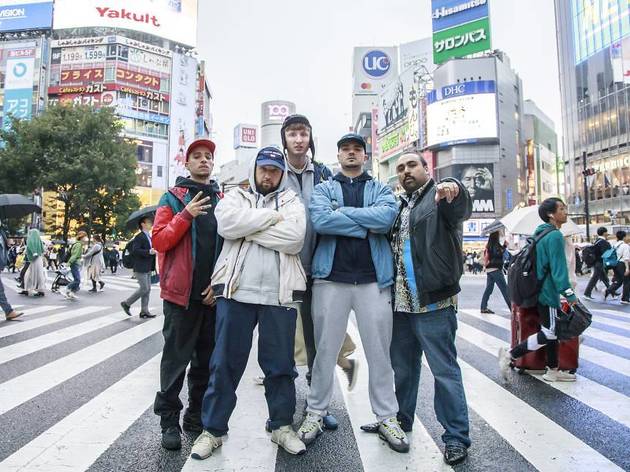 There’s a problem in transplanting beloved TV sitcoms onto the big screen, and it’s right there in the name. The comedy comes from situation rather than plot; from the unique alchemy of well-grooved characters bumping up against each other in funny, touching and occasionally profound ways. No one is glued to Dad’s Army for the chance of an actual battle with Nazis, or The Office because they’re deeply invested in David Brent’s musical ambitions. But then, try telling that to the people who made those movies.

So it is with Big in Japan, a movie spin-off of the BBC’s award-winning and much-loved mockumentary People Just Do Nothing that is at its best when it’s just the gang of pirate radio diehards doing their thing, but works a lot less well when the notional plot gets in the way.

For the unconverted, the telly version of People Just Do Nothing follows the joyously unself-aware antics of Kurupt FM, a pirate radio crew whose dedication to rocking the airwaves of west London with grime and garage tunes builds them a tiny following and minimal success. They’re managed (really badly) out of a Portakabin by self-styled impresario and peanut dust entrepreneur Chabuddy G (Asim Chaudhry).

Big in Japan picks up with them with their pirate station shut down, the posse semi-estranged and former frontman MC Grindah (Allan Mustafa) working as a postman. When Chabuddy gets wind that one of Kurupt’s old tunes has gone viral on a Japanese game show, the bright lights of Tokyo come calling and the prospect of a record deal beckons.

The gang’s early interactions are a lot of fun, as the monstrously self-regarding Grindah drags his loyal sidekick DJ Beats (Hugo Chegwin) on a divisive quest for stardom, while affable stoner Steves (Steve Stamp) frets about getting weed into Japan (‘Japan’s got a massive drugs problem. You can’t get drugs anywhere’).

But the further Big in Japan shoehorns itself into its arbitrary three-act structure, the more cracks appear. Making hot-shot Japanese A&R man (The Wolverine’s Ken Yamamura) the villain of the piece undermines the idea that the joke is on the Kurupt crew, leaving some of the fish-out-of-water comedy feeling close to culturally insensitive, and there’s a strange decision to split Chabuddy G off on his own awkward Tokyo side hustle. What works in the shorter form feels bitty in a movie and robs it of a key dynamic: the bullshitting hype man who keeps the crew’s egos inflated to preposterous levels.

Still, the Kurupt characters are always fun to hang out with and Mustafa, Chegwin, Stamp and co have genuine musical chops to go with their well-grooved The Office-influenced mock-doc comedy. Long-time fans will love it, even if its charms wear a bit thin for anyone who doesn’t already have Kurupt FM on their dial.