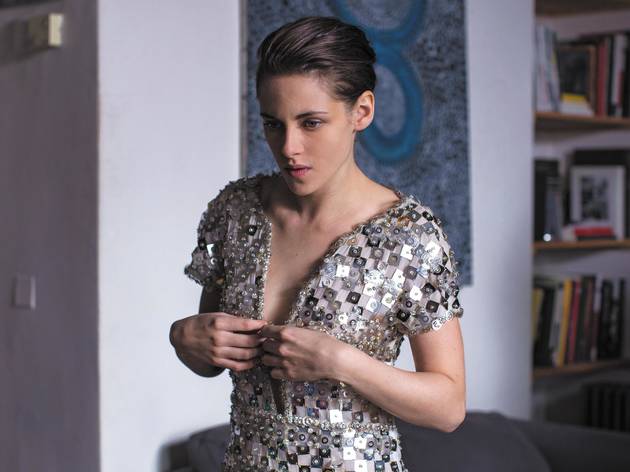 Amid all the shifting mirrored surfaces and hazy ambiguities of Olivier Assayas's bewitching, brazenly unconventional ghost story, this much can be said with certainty: Kristen Stewart has become one hell of an actress. The former 'Twilight' star was easily the standout feature of Assayas's last film, the slightly stilted study of actors 'Clouds of Sils Maria', quietly yanking the rug from under the feet of Juliette Binoche. Here, Stewart doesn't need to steal the film from anyone: she's in virtually every crisp frame of it, holding the camera's woozy gaze with her own quizzical, secretive stare and knotted body language.

Her performance is a galvanising human influence on the film, even as her character, introverted American-in-Paris Maureen, seems forever on the verge of voluntary evaporation. An haute couture clothes buyer and general dogsbody to an insufferable A-list celebrity – shades of 'Sils Maria', then, though Assayas is on a very different thematic path this time – practising medium Maureen is haunted, in all senses, by the recent death of her twin brother. Stalking his former abode at night seeking a final communication, she encounters a spirit or two – but whose? And are they following her, or are the insidiously instructive, anonymous texts that start invading her phone from another amorphous entity?

As Maureen's already fragile composure begins to fray, it's hard to tell if she's plagued more by absence or uncanny presence: even her boss is barely visible to her, leaving a trail of curt notes and messages in her wake. Among the many things that appear to be on Assayas's mind is the disembodied – and disembodying – nature of modern-day communication and social media, which makes ghosts of us all to those with whom we text far more than we talk. Perhaps no film has ever made the mobile phone quite such an instrument of tension: the on-screen iPhone ellipsis of an incoming message takes on a breath-halting urgency here.

For the preservation of enjoyment, no more should be revealed about the film's gliding, glassy sashay through multiple, splintered genres and levels of consciousness – except to say that Assayas, working in the high-concept, game-playing vein of his 'Irma Vep' and 'demonlover', is in shivery control of it all. And he's found an impeccably attuned muse in Stewart, who wears the film's curiosity with the same casually challenging stride that she does – in a key scene of sensual self-realisation – a jaw-dropping silk-organza bondage gown.