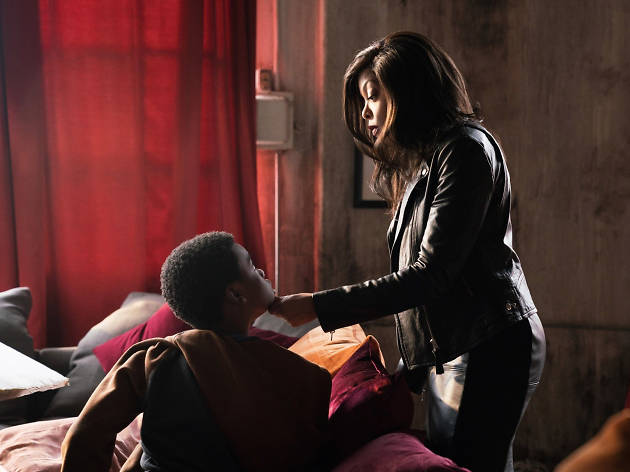 Taraji P. Henson can be proud of her performance, but this shoddy, obvious movie otherwise shoots blanks

From the stylisation of the poster art and opening credits, it’s clear that 'Proud Mary' aims to be a modern successor to the gritty urban thrills of the blaxploitation era (or at least a decent Tarantino knockoff), with Taraji P. Henson as this generation’s Pam Grier. They got the right star for sure, but they haven’t given her a proper vehicle.

A sort of unofficial remake of John Cassavetes’s 'Gloria' (Steven Antin, who wrote the much-disparaged 1999 'Gloria' reboot, worked on this script), 'Proud Mary' opens with Henson’s titular Boston hitwoman taking out a target in his apartment, only discovering after the fact that he has a preteen son. A year later, she violently rescues little Danny (Jahi Di’Allo Winston) from his life as a drug courier for the Russian mob, which threatens to exacerbate a turf war with Mary’s own gang. Her bonding with Danny strengthens her resolve to leave Benny (Danny Glover), the crime boss who raised and trained her, and his son Tom (Billy Brown), who was once Mary’s lover. Over their dead bodies, of course, but the gang-war intrigue is strictly formula, and too much of Mary’s character development is delivered through expository dialogue.

There are hints that a more complex, involving story got left on the cutting-room floor (prominently billed Neal McDonough appears for about two minutes and has no dialogue). That leaves Henson as the whole shebang here, and she puts on quite a show. The ferociously talented actress gives her all to every scene, and is thoroughly convincing whether trading figurative shots with Winston or literal ones with the people trying to kill her. Too bad that 'Proud Mary' is incapable of reconciling the sentimental side of her role with the superwoman who can singlehandedly take out legions of heavier-armed foes. There's a reason this film was quietly slipped into theaters in the dead of January with little fanfare, and you don't need a 'blackbelt' in bar stools" (per Foxy Brown) to figure that out.