Pudsey the Dog: The Movie

Film, Family and kids
1 out of 5 stars 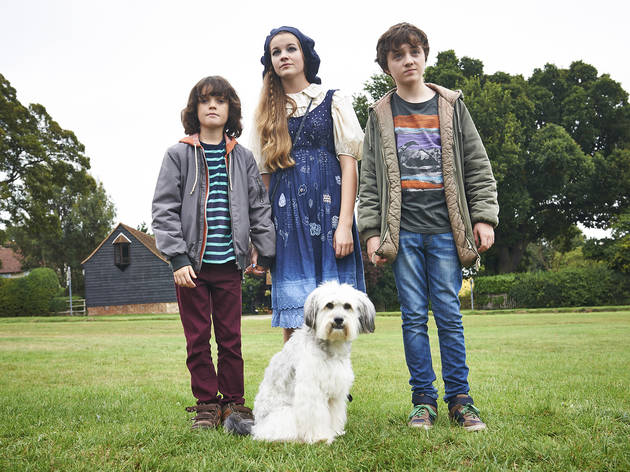 Dog lovers, don’t be fooled. You might have giggled as Pudsey danced his way to the top of ‘Britain’s Got Talent’ in 2012, but these 87 minutes will stretch your goodwill. Instead of depicting his rise to fame, the movie follows sausage-obsessed Pudsey (voiced, excruciatingly, by David Walliams) as he befriends a family in need, and Lassie-like, helps them to overcome their issues. The teenage boy spends too much time playing video games, his sister’s love of vintage clothes makes her ‘a massive weirdo’, and the youngest (all dark curls and sad eyes) hasn’t spoken since their dad died.

The family moves to the leafy Chuffington, complete with village fête, an entirely Caucasian population and hunky men of suitable ages for both mother and daughter. There are family-unfriendly gags involving the teenage daughter, and a cack-handed take on gender dysphoria with a pig who thinks it’s a hen, leading to a running joke about how it believes it can lay an egg when it craps.

For all the film’s corporate branding (thudding theme song, over-use of the word ‘Pudsey’) it pretends to be mildly anti-establishment. A pleasingly unctuous John Sessions plays the pantomime villain, a greedy landlord who plans to bulldoze the plucky family’s house to build a shopping centre.

It’s not entirely objectionable: Jessica Hynes’s likeable presence as the family’s mum brings unexpected warmth, and there is a surreal scene with three giant poodles dyed pink, taking tea. And when Pudsey assumes his trademark two-pawed stance it’s funny every time. Trouble is, whenever he speaks he looks like a robot with an awkwardly-moving mouth.

Director:
Nick Moore
Screenwriter:
Paul Rose
Cast:
Jessica Hynes
John Sessions
Pudsey the Dog
You may also like
Popular movies
We know this city. Do you?