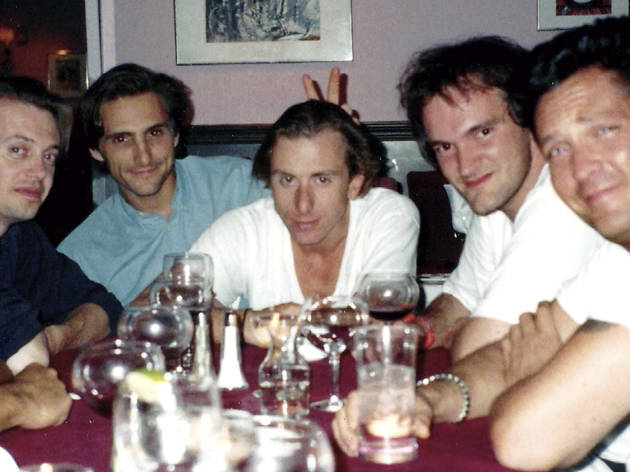 For all the fun clips and well-placed interviewees, this Tarantino doc has all the critical punch of a DVD extra.

A watchable stab at making a documentary about Quentin Tarantino without the actual Quentin Tarantino, ‘QT8: The First Eight’ has everything – charismatic contributors, smartly curated clips, behind-the-scenes insights, animated recreations and Jamie Foxx saying ‘motherfucker’ a lot – bar the thoughts of the man himself and much sense of objectivity. How much of a deal-breaker that is depends on how much of a Tarantino fan you are and how far you’d expect a doc about his career to go beyond fawning praise.

Director Tara Wood (‘21 Years: Richard Linklater’) corrals plenty of long-time QT collaborators and gleans some great anecdotes from them. A still-slightly-startled Diane Kruger remembers how Tarantino insisted on strangling her himself in her ‘Inglourious Basterds’ death scene (‘Quentin is very hands-on,’ she points out). Eli Roth recalls how a late night filming ‘Deathproof’ turned into a massive piss-up. Jamie Foxx and Samuel L Jackson offer an impassioned defence of his infamous, liberal use of the N-word in his screenplays.

The hard questions are asked, but in the most rhetorical way. Was there really no one who found that racist epithet offensive? The spirit of the disgraced Harvey Weinstein is summoned from time to time, then banished in solemn but cursory fashion. Tarantino’s potential complicity in the bullying culture he fostered is brushed off in a quoted press release of apology. ‘He has moved on,’ says Michael Madsen. And with that, the film is on to the next movie.

Another issue with ‘QT8: The First Eight’ is, of course, that Tarantino has made nine movies. ‘Once Upon a Time… in Hollywood’, which gets the briefest treatment here, seems to hold the key to the man’s deep-rooted love affair with the movie business. It’s also his most mature film and its presence here would have made for a richer, timelier doc. Still, Tarantino is a master filmmaker and there’s a lot of fun to be had digging back into ‘Reservoir Dogs’, ‘Pulp Fiction’ and the rest. As Foxx points out: ‘You’re Quentin Tarantino-deprived if you haven’t had the chance to work with him.’ It’s just a shame this doc didn’t get that chance.

Director:
Tara Wood
You may also like
Popular movies
We know this city. Do you?