Revenge of the Pontianak

Hell hath no fury like a Malay Mina(h) scorned – and back from the dead.

Revenge of the Pontianak marks acclaimed Singaporean director Glen Goei’s return to the big screen since the release of his 2009 murder mystery The Blue Mansion. Co-directed with Malaysian actor and director Gavin Yap, the film looks at Southeast Asia’s most famous horror icon but humanises her with a romantic storyline. Unlike previous Pontianak films, the vampiric spirit in Revenge of the Pontianak is reimagined through a contemporary lens as well as a narrative that provides her side of the story – after all, there are always two sides.

Set in a small village in 1965 Malaysia, the film follows a newly married couple whose lives are disturbed by a returning Pontianak who seeks vengeance on the man who murdered her years ago. Malaysian actors Nur Fazura and Remy Ishak take on the lead as the titular role of the Pontianak and her on-screen lover.

Whether it’s known as the Aswang and the Manananggal in the Philippines, Nang Nak in Thailand or Kuntilanak in Indonesia, the Pontianak is the epitome of evil in Southeast Asian ghost-lore. The first Pontianak film was released by Cathay-Keris in 1957 and struck gold in the box-office, resulting in Dendam Pontianak and Sumpah Pontianak. The trilogy became a cult favourite.

Though separated by the causeway, Singaporeans and Malaysians have something in common: the love for horror. Cue the usual suspects: a small kampung (village) in Malaysia, highly religious and superstitious folks and a supernatural creature that haunts everyone for a living (or the undead). And Revenge of the Pontianak features all those essentials. With gorgeous settings and madness that surrounds the kampung, there’s no denying that the film slides between the lyrical and the chaos. But what tops it all of is the stunning visuals.

If you’ve seen films like In the Mood For Love and Hero, it won’t come as a surprise that the cinematography for Revenge of the Pontianak stood out the most as the visual consultant behind it is none other than acclaimed Australian-Hong Kong cinematographer Christopher Doyle. Along with fellow cinematographer Jon Keng, the product is a visual dream. Each scene is painted in saturated colours that compliment each other, and the detailed art direction makes the film a work of art. While keeping the storyline an old-school classic tale of revenge, the palate of the film adds a contemporary tone that well brings out the emotions and scenes at play – whether its Mina’s bright red kebaya juxtaposed against the earthy tones of the club or the strikingly green and glossy leaves of the banana trees with silver smoke circling them. And what particularly works well is removing the usual white robe, unkempt hair and demon-like face. Instead, the Pontianak carries a piece of her human self – bright red kebaya in turn for a dirty white kebaya, bunned hair for long, shiny hair and brown eyes for yellow ones yet maintaining her original facial features – think well-preserved zombie.

The plot and acting, while not as stellar as the visuals, are forgivable. The plot still follows the cliché, classic tale of revenge, and although it has been given a slight update (hello, feminism), it's subtle. Then again, a film about the vengeful spirit who dies with child or during childbirth should focus on nothing more than ice-cold revenge – after all, revenge is sweeter with a dose of justice. The acting, on the other hand, could have been more convincing by playing on facial expressions and actions rather than relying on the script.

Asian horror, especially those that stem from Southeast Asian folklore, deserves more recognition and screen time. Revenge of the Pontianak allows us to celebrate that. And if we can celebrate the Pontianak trilogy in the 50s and 60s despite the lack of impressive special effects, we can do with this one. Plus, don’t we all just love a feminist icon? 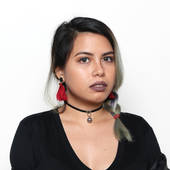