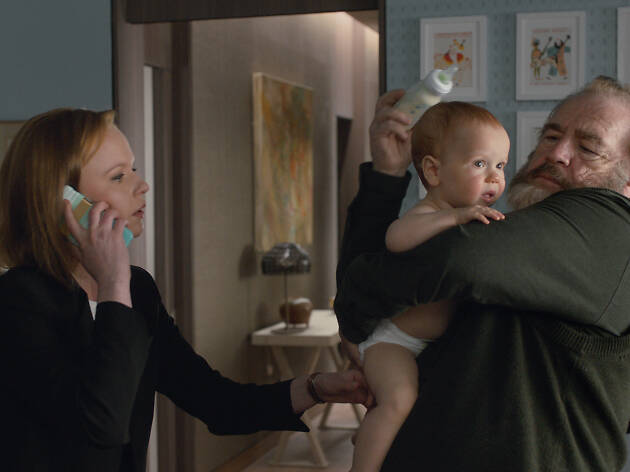 This cosy comedy-drama starts slowly but grows on you.

‘Life’ll kill you’ is the mantra of cranky Scotsman Rory MacNeil (Brian Cox) in this twee but oddly charming comedy-drama. Based on a novel by Spanish writer José Luis Sampedro, it takes Rory from his beloved Hebridean island to the US for a health check. Bedding in with his estranged son (JJ Feild) and daughter-in-law (Thora Birch) at their super-luxe pad when he gets there, he grizzles, grumbles and slugs back whiskies, barely reconnecting with the pair or their unrelatable lifestyle. But guess what? He soon falls for his adorable baby grandson. See, Hannibal Lecktor is an old softy at heart.

Israeli co-directors Mihal Brezis and Oded Binnun riff on the tensions between the old-world ways of the Hebrides (booze, Gaelic-speaking, skinny-dipping) and San Francisco’s fancy-schmancy modernity (crappy work-life balance, huge apartments, cocktails with smoke coming out) in a way that’s every bit as broad as it sounds. They also struggle to shake off the fusty, ’90s-feeling vibe (think ‘Jack and Sarah’ after four single malts), and there’s a shaky romantic subplot with Rosanna Arquette’s gallery curator.

But the predictable fish-out-of-water comedy gradually gives way to something deeper, as conflicting world views are exchanged, homespun wisdom dispensed and minds broadened. Rory’s fluency in Gaelic makes him a surprise hit with local academics, and there’s a nice scene where he records salty stories for them for the benefit of ‘future generations’. As he’s facing his own possible extinction, it has a genuine pathos that’s often missing elsewhere in the film.

‘Rory’s Way’ is not quite a reverse ‘Local Hero’ (perhaps it’s the mash-up of nationalities involved, but it lacks cultural specificity) although Cox does bring shade to a fairly two-dimensional character – and a roguish twinkle. If he’s not quite on roaring ‘Succession’ form, he does a solid job of charting an old dog refusing to learn too many new tricks.