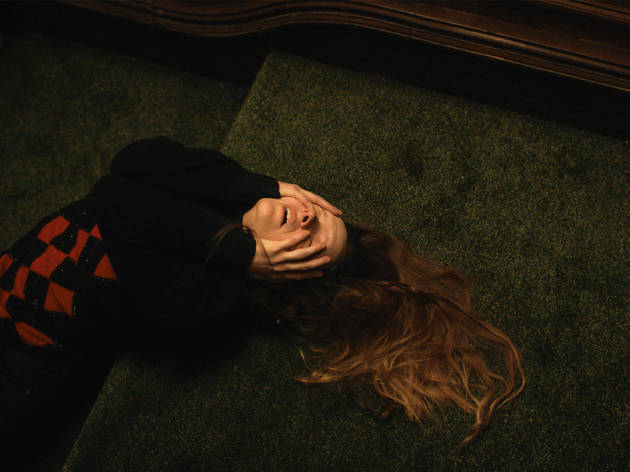 Welcome to The Exorcist-on-Sea. This brilliantly unsettling horror film sweeps in on a humdrum English coastal town with a fierce cargo of religious mania, psychological power games and the odd moment of nightmarish ickiness. It will haunt your dreams and probably put you off seaside holidays for ever. Somehow, it’s the work of a debut filmmaker, Rose Glass, because from its confidence and chutzpah, you’d expect its director’s IMDb page to be as long as your arm.

The earnest, deeply religious Maud (Morfydd Clark) is a live-in nurse whose job in a hospital recently went wrong in a mysterious but transparently awful way. The episode may or may not have caused a breakdown: it’s hard to know where her piety ends and her psychological struggles begin. Her first private assignment takes her to the house of the spiky Amanda Kohl (Jennifer Ehle), a former dancer and minor celeb who doesn’t intend to let her terminal illness get in the way of a few last blowouts. ‘How is she?’ Maud asks her predecessor in the job. ‘A bit of a cunt,’ comes the reply.

The ensuing dance between troubled ascetic and ciggy-smoking sensualist kicks off with shades of the psychological frictions of Persona, a major influence on Saint Maud, and goes downhill fast from there. Maud sparks a mix of pity, mockery and gratitude in her patient. She responds with a beatific compassion that masks something disturbing swelling inside her.

Like all the best horror filmmakers, Glass has an almost symphonic control over mood and atmosphere. She splices in shocks that will delight gorehounds, though you definitely don’t need to be a genre devotee to appreciate its clammy world, or a score that seems to have shaken itself loose from some dark subterranean place (listen out for more from composer Adam Janota Bzowski). The tactile sound design scuttles through your brain like the beetle that haunts Maud’s dank flat.

Ehle is great as the worldly, weary Amanda, and in a just world, Clark would be winning awards for a remarkable piece of physical acting. It spans convulsions of divine ecstasy and a quiet unravelling as Maud shuffles through the gaudy seafront arcades and pubs of the town (unnamed but filmed in Scarborough) convinced of her higher purpose. You suspect you know where it’s all  going to end up, but that drains it of precisely none of its guttural power. I’ve seen Saint Maud twice and each time it found new ways to freak me out. Take the leap of faith.