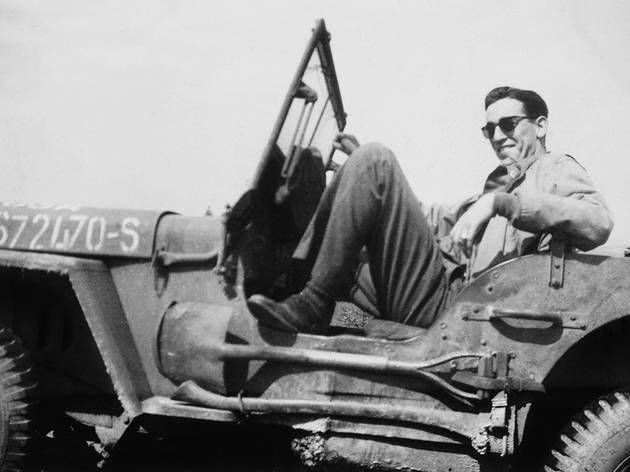 He was Jerry to his close friends, the equivalent of Jesus Christ to a legion of superfans and lost souls, and the man behind an iconic, life-changing novel to a large number of future authors, artists and assassins. Shane Salerno’s years-in-the-making documentary, however, usually refers to its subject simply by his surname: Salinger, a single word that could open doors (even as it signified perpetually closed ones) and is considered synonymous with the apex of 20th-century literature. Though there’s no shortage of biographies on the notoriously private writer, no one has had the stones to try making a comprehensive visual documentary on someone as camera-aversive as the Catcher in the Rye author. The effort itself should be applauded.

Taking a break from his day job as a screenwriter (he's set to pen at least one of the upcoming Avatar sequels), Salerno traces J.D. Salinger’s well-known arc—military-school cadet to WWII veteran to lauded man of letters to hermit—and rehashes the less-than-laudable bits of his personal life, notably his affinity for young girls. The big gets aren’t the shots of an elderly Salinger hobbling but that more books may be posthumously hitting shelves in the near future, while the film’s most valuable reframe is that Salinger wasn’t a recluse so much as a control superfreak, choosing his appearances and micromanaging his public proclamations with as much calculated care as he put into his prose. You wonder why Salerno thought the man who created Holden Caulfield would be best served by an abundance of sentimentalism, a stock sap-tastic score and some genuinely cheesy dramatizations on a black stage (the director is no Hollywood phony, but still). Yet what emerges is still a thorough, detailed sketch of a mercurial genius who, per his own words, asked a lot of questions but never professed to have any answers.