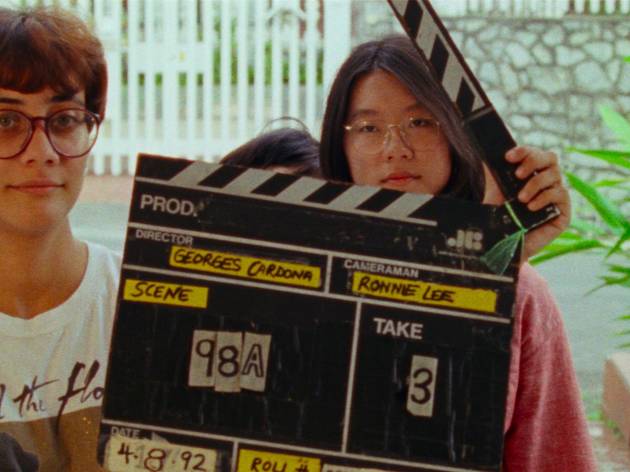 Novelist-turned-documentarian Sandi Tan reckons with the indie film she almost made as a teen—and the man who stole it from her.

Propelled by a decades-spanning mystery as unsettling as any in a David Lynch film, Sandi Tan’s gloriously personal documentary Shirkers is a vivid scrapbook about growing up a cinephile and a misfit. It’s both a nostalgic throwback to ’80s and ’90s Singapore, where the filmmaker’s artistic appetite blossomed, and an emotional reconciliation with her past, which was interrupted by a shocking theft. In 1992, armed with endless movie references—from the French New Wave to Jim Jarmusch and Werner Herzog—and cans of negative donated by Kodak, Tan and her teenage friends scraped together their meager resources to make an indie film of their own. The hours of unprocessed footage were stolen, however, by an enigmatic fortysomething mentor, Georges Cardona, an American teacher who disappeared with their dream.

The spirit of Tan’s uncompleted, would-be cult classic hangs like a ghost over Shirkers, especially when her rolls of film show up 25 years later, materializing just as puzzlingly as they had vanished. With fascinating bravery, Tan goes backward in time in order to move toward a rectified future, confronting the memory of her complex, near-inappropriate relationship with Cardona, both an enabler and a betrayer. Her journey becomes an investigation into manipulative male entitlement: Cardona fed off his young, mostly female protégés’ imagination while blinding them with his movie knowledge and dubious connections—he went as far as to claim that he inspired James Spader’s character in Sex, Lies, and Videotape.

A compelling mélange of Tan’s original 16-millimeter footage, present-day interviews with her still-scarred crew mates (including friends Jasmine Ng and Sophie Siddique) and artifacts from Tan’s years as a zine publisher, Shirkers is at its most gripping when it doesn’t overestimate Cardona’s narrative worth—the multifaceted women at the documentary’s heart are far more appealing. Still, it pulls off something magical, reconnecting Tan with her bottled feelings of adventurous innocence, releasing that euphoria to anyone thirsty for youthful ambition, no matter how long deferred.

Director:
Sandi Tan
Screenwriter:
Sandi Tan
You may also like
Popular movies
We know this city. Do you?