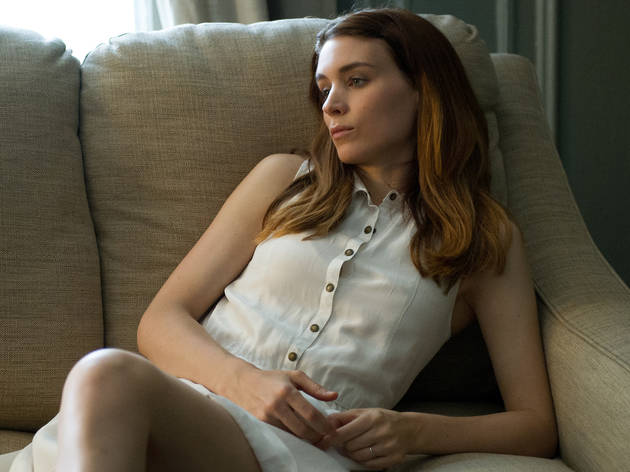 The latest film – maybe the last; more on that later – from Steven Soderbergh is a slippery one. It’s a pacy, sleight-of-hand thriller that satisfies as unabashed, borderline schlocky genre fun. It’s also full of sly digs at consumerism and the love of money, and it presents itself as the beguiling cinematic swansong of perhaps the most intriguing Hollywood auteur of his generation.

‘Side Effects’ stars Channing Tatum as Martin, a former Wall Street hotshot about to leave jail. There’s Rooney Mara as his nervy wife Emily,  Jude Law as Jonathan, a shrink who treats her after she drives her car into a wall, and Catherine Zeta-Jones as her last psychiatrist, Victoria, who suggests Jonathan try her on an new anti-depressant.

Set in a coolly observed New York of fractured grids and watching eyes, a world of careerism, materialism and one-upmanship, the film establishes Martin and Emily’s marriage, and that of Jonathan and his wife (Vinessa Shaw), as rocky from the start. A bloody crisis jolts us into a pinball machine of legal proceedings, Big Pharma shenanigans and media feeding frenzies. Then a succession of twists, bluffs and rug-pullings takes us into pure cat-and-mouse territory.

As a thriller in the Hitchcock mould, ‘Side Effects’ is great fun: its characters are well acted without being entirely likeable, which makes their jeopardy all the more enjoyable while putting us at a clinical remove. The script barrels along at enough of a lick for us to forgive some clunky elements – dodgy dialogue, an over-explained climax. And Soderbergh’s delight in technique is obvious, from masterfully attentive editing to a tendency to look skywards.

Given Soderbergh’s announcement of his retirement from filmmaking, it’s tempting to look at this as a collection of facets of his diverse career. There’s the queasy interpersonal tension with which he made his name (‘sex, lies and videotape’); the interest in mental illness that has marked his career (‘Kafka’, ‘Schizopolis’, ‘The Informant!’); the delight in slippery genre storytelling (‘Out of Sight’, ‘Ocean’s Eleven’); a concern for the impact of big forces on individuals’ lives (‘Erin Brockovich’, ‘Traffic’, ‘Contagion’); and a willingness to flit between these things with speed. But this is also a movie that tells us not to count someone out too soon: rumours of his withdrawal might yet prove exaggerated.