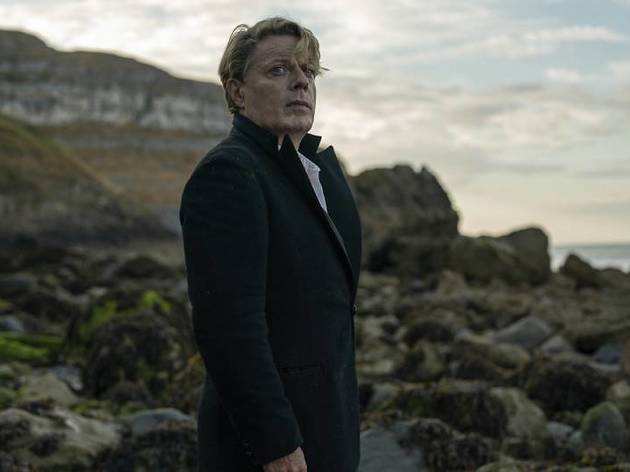 In January, Eddie Izzard completed an incredible 31 marathons in 31 days. In Six Minutes to Midnight, a spy thriller set in 1939’s final peacetime days, the transgender star gets pretty close to matching those numbers. This passion project (Izzard also co-wrote and produced) sends her haring around the English countryside either in pursuit of, or running away from, a variety of Nazi and homegrown villains. It’s a patchy but sincerely felt spy thriller that could be harshly described as The 39 Missteps.

Izzard plays it all straight to the point of opacity as Thomas Miller, an undercover agent sent into an Sussex girls’ school in a race-against-time mission to stop a top-secret thingymajig falling into Nazi hands. In truth, this stranger-than-fiction true story doesn’t really need spicing up with fictional McGuffins: In the 1930s, a country house school in Bexhill-on-sea (Izzard’s hometown growing up) really did play host to the daughters of high-ranking Nazis. On the curriculum? English, literature, and as one scene shows, some light eugenics. It was all very, very pre-Ofsted.

Disappointingly, the whys and wherefores of this bizarre educational anomaly are hardly touched upon in a script that lumbers Judi Dench with a thankless role as a headmistress with no idea what her dozen or so students and their teacher Ilse (Blade Runner 2049’s Carla Juri) are up to. The film itself isn’t entirely sure, either – they’re alternatively depicted as Aryan fembots and pigtailed cherubs who can melt hearts with a single rendition of ‘It’s a Long Way to Tipperary’ – although Juri does a nice job sketching Ilse as a combination of mother hen and tenacious Nazi.

If you’ve seen the Hitchcock thrillers that seem like likely Six Minutes to Midnight influences – Saboteur, as well as The 39 Steps – none of its twists will come as much of a surprise. There’s some fun to be had in breathless shenanigans involving James D’Arcy’s shadowy Whitehall type, while Jim Broadbent was never going to leave anything in the tank in the small role of ‘local bus driver who appears at convenient moments’. But it’s a thriller that could have done with its creator’s sense of fun – as well as her lungs.

In US theaters and PVOD, and on Sky Cinema in the UK Fri Mar 26.