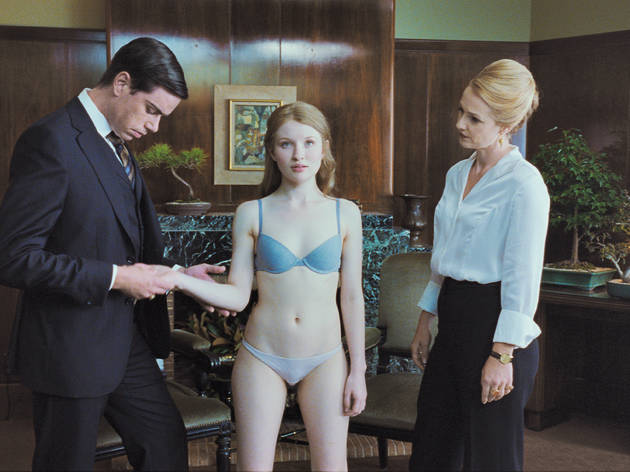 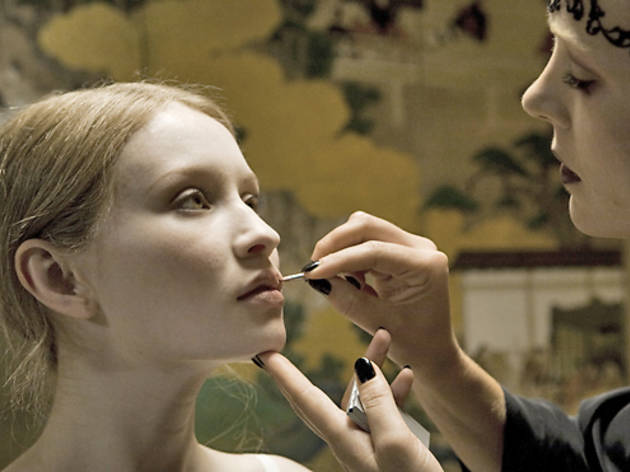 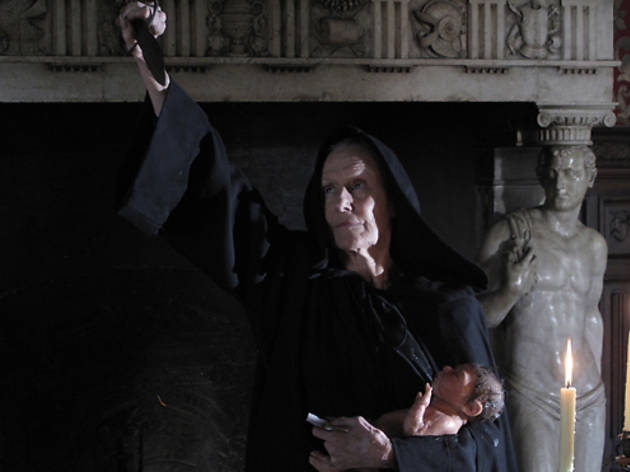 It’s a film of ideas, reminiscent of Luis Buñuel’s ‘Belle de Jour’ (1967), which itself charted a woman’s sexual odyssey with a sense of hard intellectual inquiry. Both are unabashed works of feminism in which female sublimation is employed to reflect the ugly traits of male sexual longing, and Leigh’s film is also suffused with a biting strain of ironic humour.

The motif of a coquettish girl locked in a deep sleep remains, but it’s implemented to mine more contemporary concerns. Lucy (Emily Browning) is a strangely nihilistic student who has no qualms about selling her body for cash. She’s not a woman of extravagant tastes, and aside from a few minor outgoings (the rent for her student housing), there is the suggestion that she’s fallen in to this line of work for the simple, cheap thrill of it. Her only friend is a greasy druggie, in whose presence she comes out of her shell as they enjoy muesli splashed in vodka.

Though it takes almost half the film to arrive there, the third segment is where it is at its most audacious and suggestive. Even at her most vulnerable, Lucy retains a curious upper hand in the power relationship with various elderly Johns. Their ailments and physical deficiencies appear all the more wretched when confronted with the milky-white pallor of Lucy’s skin, and Leigh appears to use these powerful scenes to make a point about the tragedy of a waning libido and the cruel exasperation of having access to someone’s body, but not their mind.

There are some immaculately dry exchanges, especially one in which Lucy is given the rules of being a hostess. When Leigh lets her literary instincts take over, such as a flowery monologue by one of the old men, the film is at its weakest. Browning, who suffered the early career indignity of starring in Zac Snyder’s repellent ‘Sucker Punch’, proves that she’s a fearless and distinctive young actress whose rigorously passive performance imbues her character with immense depth and mystery. She gives her body over to Leigh with the same reckless abandon that her character does in this singular film.
Share Tweet

Director:
Julia leigh
Cast:
Emily Browning
Rachael Blake
Ewen Leslie
You may also like
Popular movies
We know this city. Do you?