Film, Animation
2 out of 5 stars 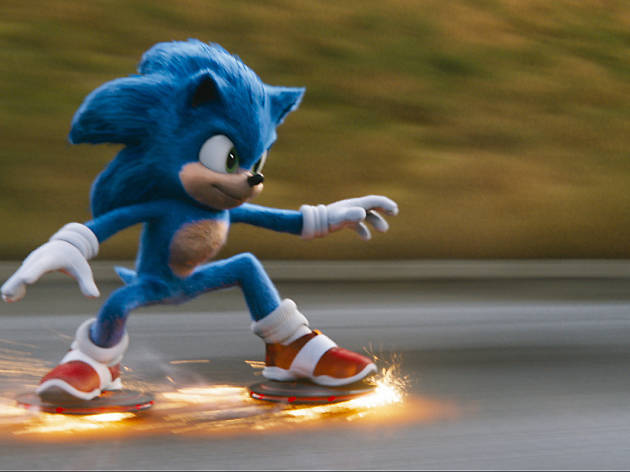 Sonic is not-so-super in yet another addition to the cannon of disappointing video-game-to-movie translations.

Given the genre’s overall track record, you’d be rash to go into a videogame adaptation expecting much more than for it to be largely in focus. Sure enough, ‘Sonic the Hedgehog’ is another demonstration of the things that tend to go wrong when a movie is spun out from source material with little plot and skimpy characterisation.

Here, the blue-furred Sega speedster (voiced by Ben Schwartz from ‘Parks and Recreation’) is a refugee from an alternate world who has spent ten years living incognito in the woods in Montana. In a fit of pique, he lets loose an energy blast that blacks out the Pacific Northwest, which puts him in the crosshairs of the military and whacked-out scientist Dr Robotnik (Jim Carrey). The hedgehog seeks help from Tom, a local sheriff (James Marsden) and for, well, reasons, they set off on a road trip to San Francisco, during which Tom complains that Sonic talks too much.

Sadly for the movie, he’s right: this Sonic is an inveterate babbler who gleans only intermittent laughs. And despite likeable turns from Marsden and Tika Sumpter as his veterinarian wife, and the odd dash of excitement, this movie builds little by way of momentum. Worse, it feels so derivative: the basic plot trajectory recalls the superior ‘Transformers’ spinoff ‘Bumblebee’, while the tech-wielding Robotnik is just a thin, villainous facsimile of Tony Stark. In a pile-up of similarities that damn ‘Sonic’ by comparison, there’s an effects-laden chase through San Francisco that can’t match up to the one in ‘Ant-Man and the Wasp’. In another

The one wild card is Carrey, clearly revelling in the chance to revisit the self-possessed, sarcastically comic pose with which he made his name. Every so often, when the script allows, he gives ‘Sonic the Hedgehog’ the jolt of silliness it’s crying out for. But it’s not enough. Paramount famously reworked Sonic’s initially teeth-sporting look when the first trailer triggered something akin to online panic; perhaps fans should have been consulted on the script as well.