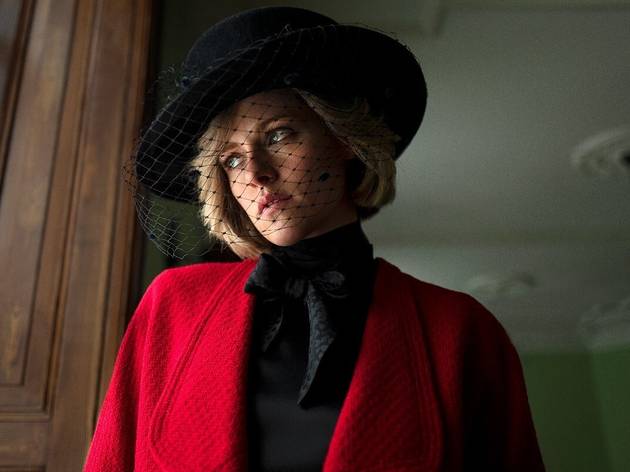 Kristen Stewart is on fire in Pablo Larraín’s elegant, gothic fable based on the People’s Princess

Making an arthouse film based on an icon as deeply and emotionally enshrined in the public imagination as Princess Diana takes ingenuity. Fortunately, Chilean director, Pablo Larraín, has that quality in spades. He uses the known facts about the feathered-haired, breathy-voiced People’s Princess – and a few imagined ones – to spin a singular, baroque and psychologically-nuanced vision of life inside a gilded cage, enabled by a virtuoso performance by Kristen Stewart.

‘It’s just three days,’ she murmurs as she drives up to spend Christmas Eve, Christmas Day and Boxing Day in Sandringham with the in-laws. It is quickly inferred that Charles’s affair with Camilla is well underway, as is Diana’s bulimia and her hunted status as a paparazzi obsession. These psychological troubles mark her as a liability in an environment where the important thing is to never make a fuss.

Just as he did in 2016’s portrait of an equally iconic First Lady, Jackie, Larraín spares no expense to render the royal estate in an ornate splendour that verges on the gothic. A portrait of Henry VIII in the dining room serves as a reminder of who – and what – is deemed worthy of worship in this world.

Stewart is extraordinary at conjuring up a rarefied form of neurotic energy. She is a modern woman and a people-pleaser, a mother and a spurned wife, and to top it off she’s begun to hallucinate Anne Boleyn. A member of the palace staff (a gaunt Timothy Spall) is deputised to coldly monitor her every move, interfering to exert control with oppressive regularity. Curtains are sewn shut, dresses labelled per event, nighttime walks are reported. Welcome warmth comes thanks to Sally Hawkins as a dresser and confidante, and from young William and Harry (Jack Nielen and Freddie Spry) – both wonderful at showing both the discipline of little princes and the sweetness of young boys who are worried about their mummy.

There is a delightful archness to the characterisation of the other royals, each rendered in telling vignettes and given lines of burnished gold to utter. As the film’s opening titlecard announces: ‘This is a fable based on a true tragedy.’ Larraín is not driven by conventional biopic motives, but by the desire to evoke the bizarre elements of Diana’s story. Showing how the dream of being a rich and beautiful princess curdled into a nightmare might sound like a hard sell, but Spencer pulls it off in heightened, claustrophobic and truly decadent fashion.

Steven Knight’s script drops in the factors that have led to Diana’s fragile mental state with a clarity that punches through the intoxicating elegance of set and costume design. Yet it is Stewart who pulls off a dervish dance that moves from mania to stillness, from studied composure to emotional abandon, all while keeping control of that voice.

Her Diana is a mass of complications and although for the lion’s share of the runtime she seems victimised by circumstance, a crucial scene on the road with her kids is full of the freedom that longs to burst forth. In this moment, Larraín reclaims the vitality of the woman from the tragedy associated with her name, and it’s a beautiful emotional release.