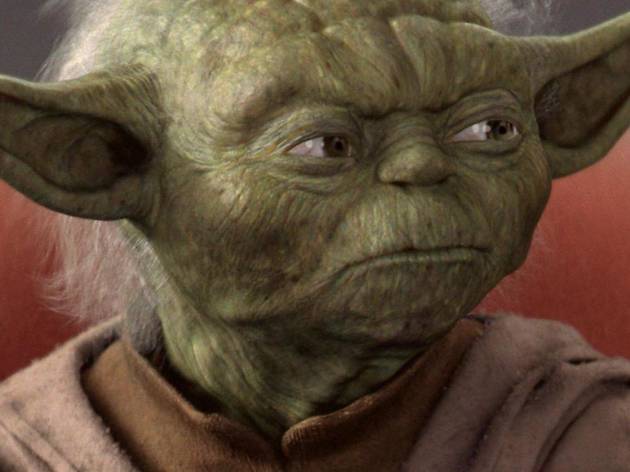 And so, the end is nigh. From frantic opening battle to long-anticipated conclusion, ‘Revenge Of The Sith’ is the ‘Star Wars’ experience encapsulated: breathless, dramatic, effects-filled, badly acted and slightly disappointing. The basics: with the Republic in turmoil, Anakin Skywalker (Hayden Christensen), Jedi knight extraordinaire and ambitious student of Obi-Wan Kenobi (Ewan McGregor), is heading towards the dark side with such reckless abandon that you have to wonder when he found the time to knock up Princess Padmé (Natalie Portman), his young wife who, shock, horror, is expecting twins. Where will it all end?

Well, that’s the problem: we already know. Lucas claimed the sixth and final ‘Star Wars’ would be ‘“Titanic” in space’ – presumably a reference to the film rather than the boat – and you can see what he was driving at: both films have to get round the fact they’re plunging towards a tragedy that viewers already know is coming. To counter this impediment to meaningful suspense, Lucas intended Christensen to be his own DiCaprio – they share a line in sullen pouts after all – but while Chistensen might have the better six-pack, he lacks Leo’s acting muscles, offering only a charisma-free black hole around which the rest of the Lucas universe is left to flounder.

To be fair to Christensen, he’s being asked to work within a plot more incomprehensible than anything Mark Hamill ever had to cope with. Add Lucas’ own notorious lack of interest in the human side of filmmaking and you’re left with a film that never wields the dramatic impact its plot should demand, and never realises the emotional potential at its dark heart. The solution is to whizz events along at such a clip you barely have time to snigger at the dreadful dialogue, remember who Count Dooku is or ask when R2-D2 learned to fly. Ultimately, it’s difficult not to be thankful that, as the saga meets in the middle, this enterprise has drawn to a close.